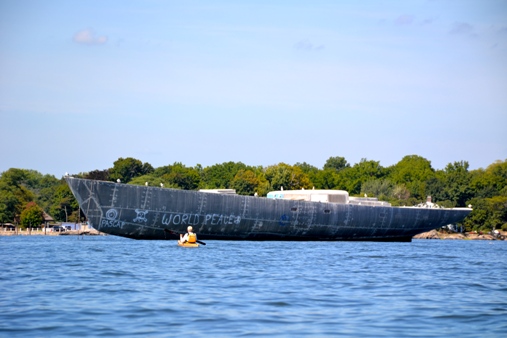 We could not have ordered a more perfect day…sunny, virtually no wind, warm temperature and calm seas.

Andy A., Anita G., Bob C., Joan B., Lori B., Mike R, Janet L, and I ventured through the yacht basin at the foot of Mamaroneck’s main business district at Harbor Island Park. It was a bit chaotic since we arrived about 8:45 and the parking area was filling up fast due to local sports activities. The one issue we were confronted with was that we were required to pay a $10 parking fee…despite signage that stated fees were in effect Memorial Day to Labor Day….it seems we need to make a few phone calls. Everyone was gracious and paid the fee, but I can tell you I was pretty annoyed.

We paddled through an area of big boats and small, and hugged the coast, past exquisite properties with glorious views of the Long Island Sound. We paddled up a river, saw a few snowy egrets in a large tree, past Marshlands Conservancy property, and the Rye Country Club, the Rye boat basin and had a snack/lunch at the park.

On the return trip we passed some swans, more luxurious homes and out into another very large contingent of boats moored in the river. We paddled past Hen Island with its summer cottages on our way to a very large grey empty boat sitting in the Sound. A private paddler came upon our group and we were able to have him take a picture of us. He told us a little bit about the ghost ship and later Andy did some research on his return. Here’s what he found out:

Aluminum Schooner
This vessel is 147 feet long and was built by Derecktor Shipyards for Dennis Kozlowski, former CEO of Tyco. You may have noticed Derecktor's yard this morning; it is at the west end of the harbor where there was a large crane and a tugboat in drydock. The schooner was designed by Argentinian naval architect German Frers and built at Derecktor's yard in Bridgeport CT. In 2005 Kozlowski was convicted of stealing $100's of millions from Tyco and work on the boat was stopped. In 2012 Derecktor shut down the Bridgeport operation and towed the boat to Mamaroneck. The boat is for sale for around $1 million, but it would probably cost another $20 million to complete it.

Hen Island
This island is in the Town of Rye, covers about 30 acres at low tide, is controlled by a homeowners association, and contains 34 small homes. There is no sewerage service or water service. Many of the homes have been in families for decades and they seldom go on the market. It was sold by Native Americans to a white settler in 1661. There has been some controversy lately about conditions on the island such as mosquitoes breeding in rain barrels, wastewater discharge, and unsafe propane tanks.

It was a delightful day on the water. What could be better! 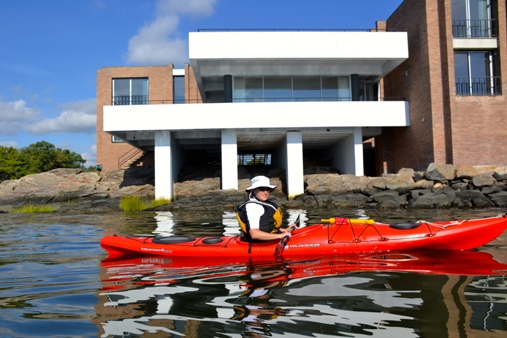 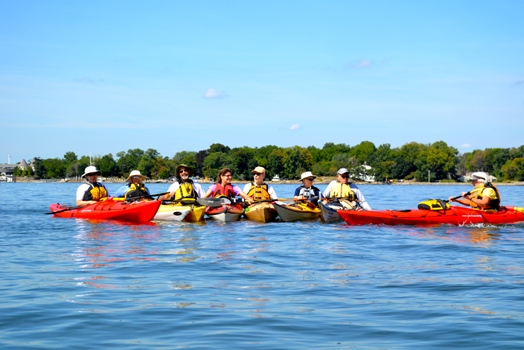