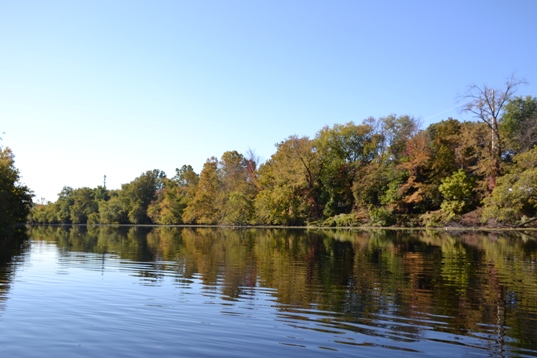 When I pulled up to the gates at Grove Park (a small section of Memorial Park), the orange vinyl fencing was a little bit of an intimidator near the official launch. But I soon discovered that the gate was merely held together by a paperclip and short bungee cord. A map showing the length of the river was nicely done with the words "You Are Here" clearly marked.

On this beautiful Saturday morning just three of us intrepid kayakers paddled the waters of the Passaic River going south from the launch. You may have certain feelings about the Passaic…but trust me, this day the Passaic was clean and clear for most of the river till we got to a rather aquatic plant-choked section north of the island that sits just above the Garden State Parkway at the Dundee Dam. We paddled about seven miles altogether according to Henry's GPS; we paddled under a number of bridges and roadways and a railroad bridge where someone had placed an old two-seater from an auto on a cement support----that must have taken some doing!

We saw a great blue heron and a few snowy egrets who practically posed for us as we drifted by.

We had a little bit of time left so we paddled past the launch north up to an old Native American Indian fishing weir. The rocks and low water level prevented us from going any further but it was interesting to see.

The current was so mild, it was lake-like. It really was a lovely paddle. 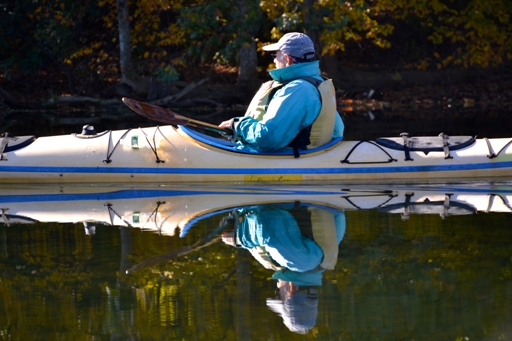 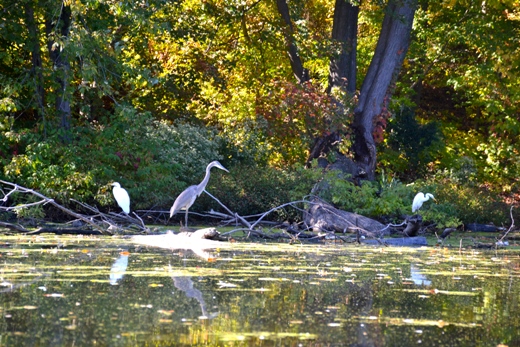