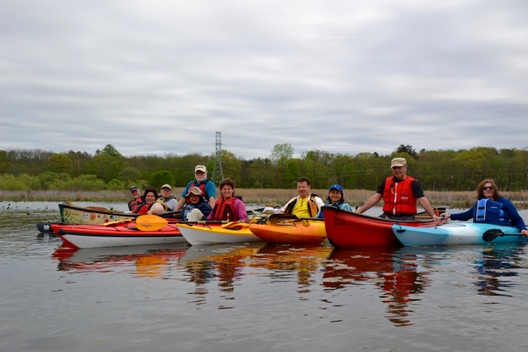 Upper Reaches of the Hackensack River
by Betty Wiest

We paddled through an open channel that was starting to show signs of aquatic plant life....in another few weeks it will be so choked with plants that the channel will be virtually closed to paddling. But we were still in good shape to have a good trip. Once we rounded the initial channel opening, we paddled another channel through a more dense tree covering with signs of a wooden boardwalk on either side of the channel with an interesting wooden shuttle platform halfway down this channel. Doubling back we were able to immerse ourselves in the "Louisiana" swamp. I was looking for a nest or two on hammocks. Success! I found two during our excursion into the wilds of the swamp. I'm sure most of the group thought I was a bit crazy for leading them into this maze of submerged trees. We paddled our way out, sometimes fighting our way though tight spaces. I had lots of twigs in my boat from fighting with bushes impeding our way. Eventually we found our way to open water and paddled to a "soft" dam which lead to water owned and operated by Suez Water.

As we worked our way around the lake, we looked for snapping turtles which I know existed in another area of the lake we were exploring. The water was so glary that we could not see any (on a bright, sunny day it's far easier to find them!)

And then, on our way back to the launch, we saw a huge swan. As we approached, but still at quite a distance, the swan flew off.

It was a pleasant three-hour paddle topped off with a delicious spread of coffee and rum cake provided by Manfred and Marianne.

It was a nice way to start the paddling season. 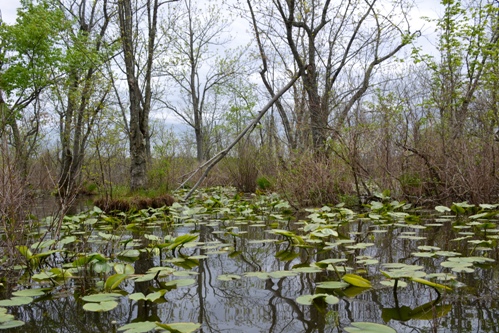 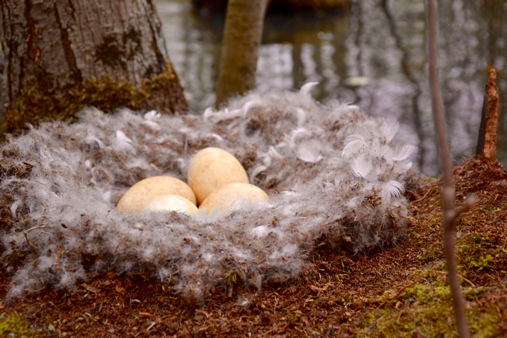