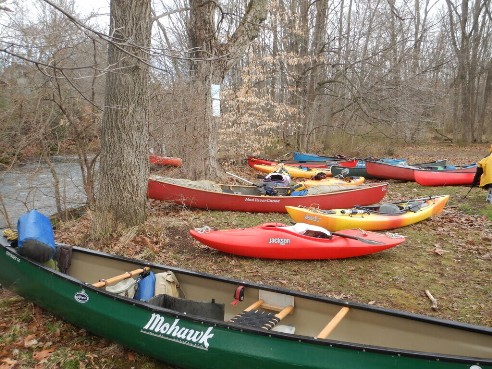 Another opening day on the North Branch of the Raritan. Another iffy forecast (65% chance of showers, t-storms later in the day). Another wonderful paddle! Just a sprinkle as boats were unloaded, then the sun came out and clear skies the rest of the day. OK, there was some ill wind and colder weather late in the paddle but if you're watching the weather, you're not going. Haven't I said that before?

Perfect results, except for one terrific logjam and one pair of garden boots filled with water. Water level just adequate at 3.19 - 342 cfs and falling at Raritan gauge (3.65 at North Branch gauge). 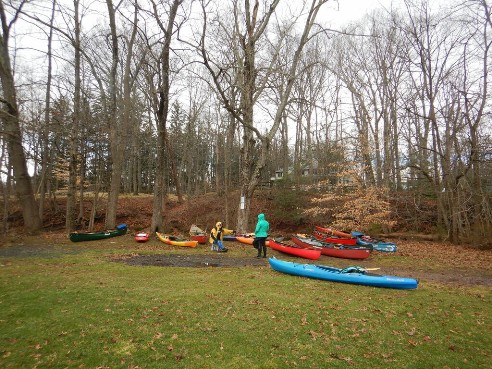 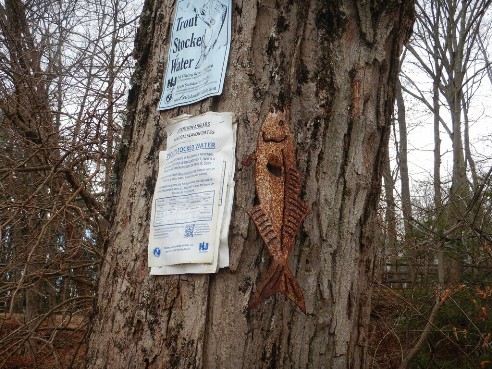 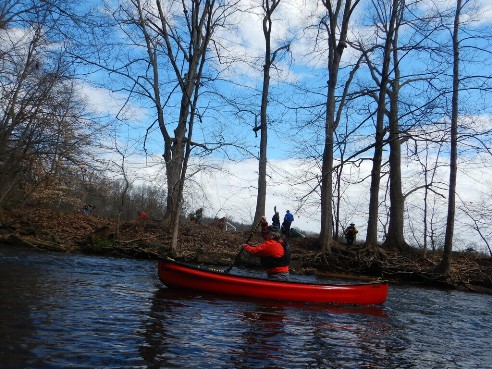 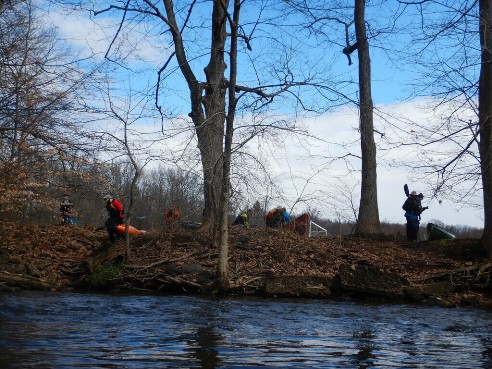 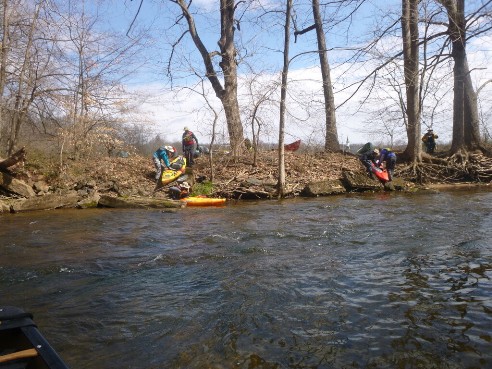 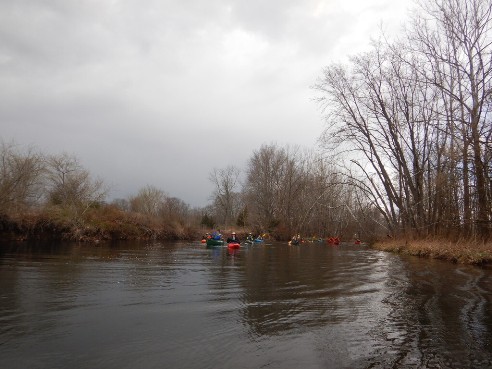 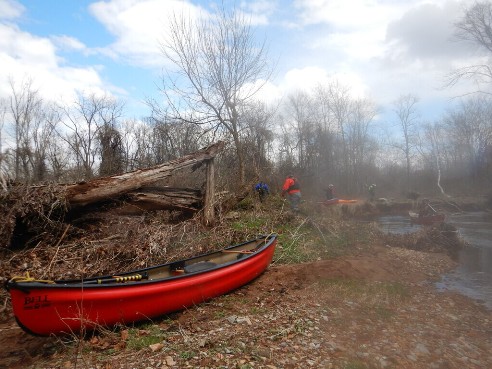 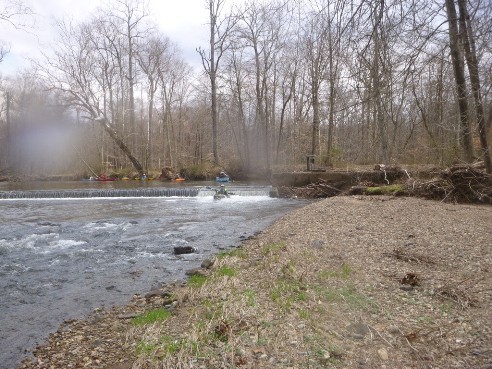 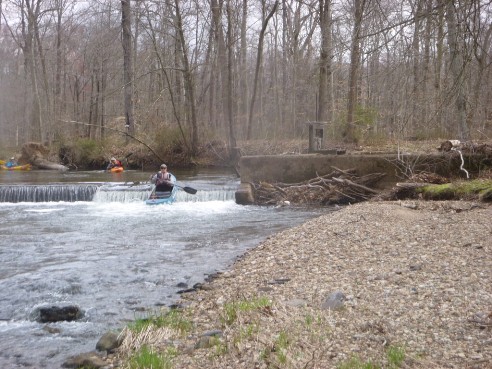 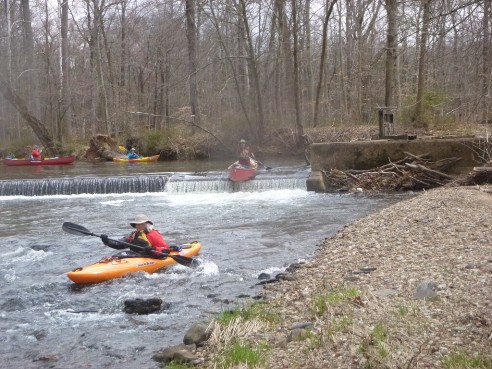 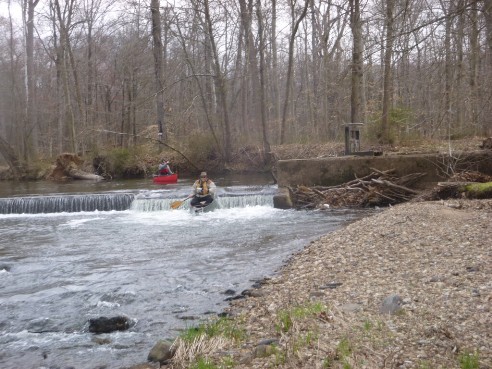 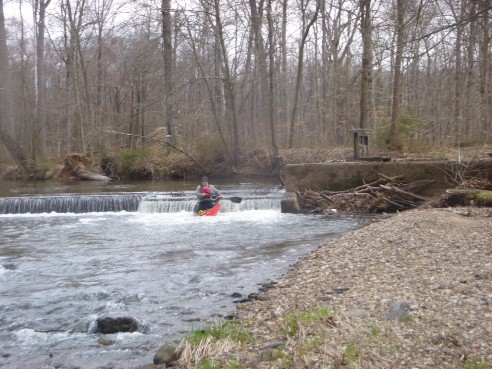 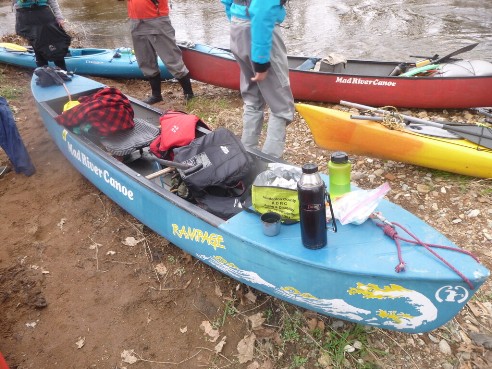 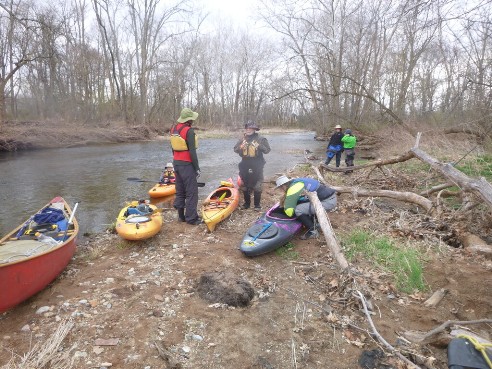 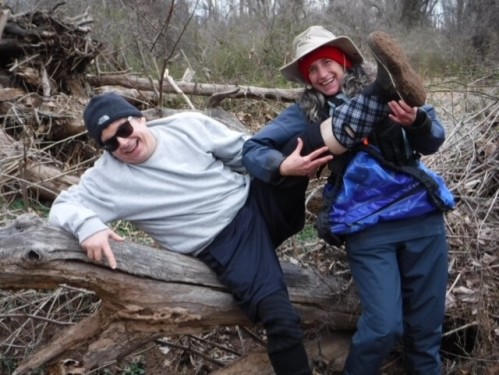