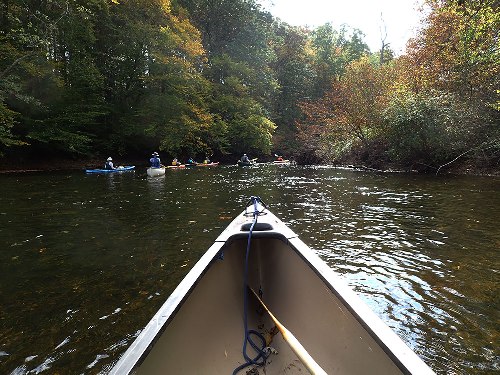 Well it did rain...right after we got off the water and were loading up under the superstructure of the Paulinskill Viaduct of the Lackawanna Cutoff, in Hainesburg. Otherwise, it was a nice mid-October day.

The old Almanacs predicted peak leaf season in the area for October 11 & 12 but as we've been noticing in recent years the woods were about as green as can be. The water level was good...1.90 at the Blairstown gauge and although we could not yet take out at the former Columbia Lake state reserve and there wasn't enough parking at Brugler Road, Knowlton Township issued me the necessary parking permits for Station Road under the Viaduct and allowed me to pick them up in the morning.

It was about as smooth a trip as could be. The woods were pretty quiet though and except for a few mergansers, Great Blue Herons and a kingfisher not much to report in the way of wildlife. Thanks to the 11 members who followed me out there and special thanks to Martin and Teri for the great photos and for Dave being Dave! 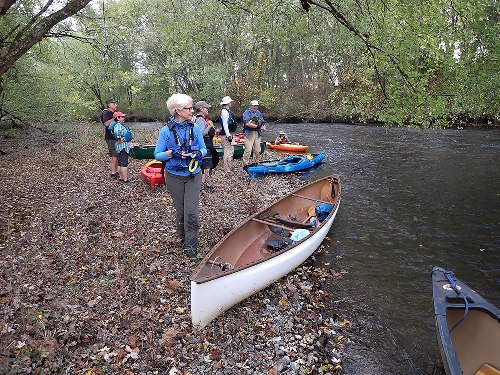 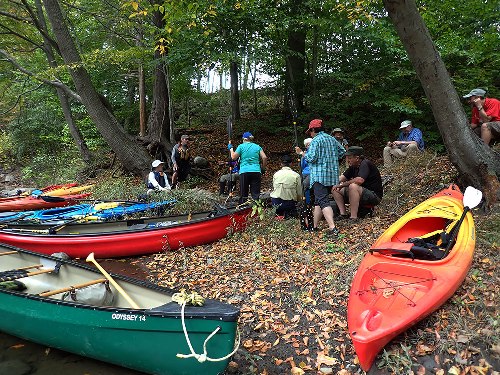 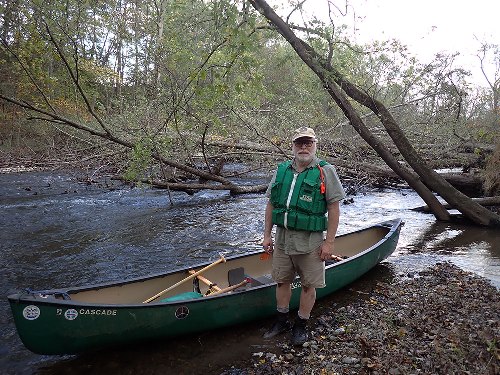 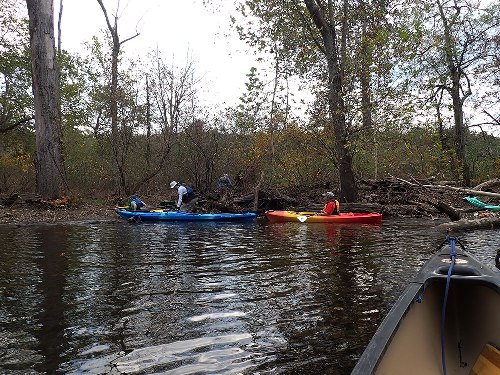