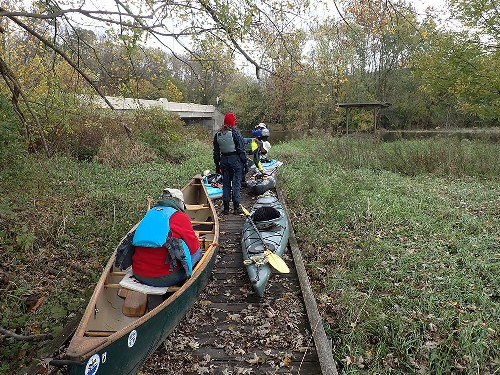 And again… nobody died!

Alas, the mighty Wallkill River hath beckoned us this past Sunday. “Will it rain?" asked Lisa the night before. "No, it won't rain." I said. "How do you know?" she inquired. "Cuz the river gods told me so while in a Spam and Tang induced hallucinogenic state”. “Oh sure, you better lay off that stuff, OK” she replied.

Well, the river gods were right... mostly! Next morning it indeed wasn’t raining (but very overcast) and it was surprisingly warmer than expected. After picking up Teri R. and then Lisa F. we headed up into the wilderness known as Sussex County taking the Rt. 23 trail to the usual meeting place (the Sit-N-Chat Diner – formerly the Sussex Queen Diner). Arriving besides Lisa, Teri and myself, were the brave and adventurous Ed and Darlene H., Asa R., Mike C. and Ted C. paddling two canoes and five kayaks.

Putting in at the river access to the Wallkill River Federal Wildlife Refuge (“Refuge” is sort of a misnomer since they do cater to hunting) on Rt. 565 just a few minutes’ drive from the diner, we braved the onslaught of crazed drivers whizzing by while we hurriedly unloaded the boats and gear on the side of the busy roadway. Amazingly the water levels were very high compared to the week before when Lisa and I scouted the river which, at that time, was very low but passable. The heavy rains in the beginning of the week brought up the river drastically (the previous week the USGS gauge showed 7’ while the next day, after the rains, it showed almost 10’ and rising). The usual muddy part at the put-in was now underwater so it made for an easy and relatively clean start of our journey.

After the rather lengthy but scenic shuttle to the take-out at Oil City Road just over the border in NY our group set out north downstream… yup… the Wallkill River is one of only two rivers in New Jersey that flows north (the other one is the Millstone) the river presented a wide, fast flowing but a bit windy start. Usually the first few miles of this river torments paddlers with, at times, some mighty impressive obstacles (as in blowdowns) to go around, go over or go under but since the water was so high it was clear sailing all the way.

Passing what used to be the old farm bridge which had been taken down when the Refuge acquired the property, I told the group that this is where we would always stop for an early lunch. Alongside this spot are now benches and trails to walk.

Coming upon what used to be “The Strainer” ( a humongous tree with all the limbs and branches still intact and able/did pin many an unsuspecting novice moving water paddler. We would always have to spend plenty of time to pull these folks off/out of it) but we now can no longer enjoy this excitement since one of the past big storms blew it out with just a small remnant still there.

The current was fast so we were making good time but enjoying the colorful autumn scenery nonetheless. The old beaver dam that was another lunch stop in the past was no more, probably destroyed in another storm.

Coming out of the wooded lower part of the river, we entered the open savanna-like section. Here the current slowed a bit but the river widened out dramatically. Usually this part is very shallow but definitely not this time. A few miles downstream the group of intrepid travelers approached Bassett’s Bridge, which is an access with a bench and rickety boardwalk leading to a small parking lot with a kiosk, for our lunch stop. Paddlers who conk out and can’t make the whole 45 minutes more can get out here and wait for us to pick them up on the way back… or one can put in here paddle upstream for awhile and then come back, eliminating a car shuttle.

What normally is a bit of a pain in the posterior due to the muddy/slippery/rocky high bank here, the high water levels made it so we could just paddle up to the top of the embankment and directly to the boardwalk without even having to get our feet wet. Nice! We enjoyed our vittles and after a while set out to complete the trip.

Someone humorously put up a sign on the side of the river indicating the border between NJ and NY.

Now the river gods had lied to me. It started to rain – not heavy- but enough to get one slightly damp and me picking up some friendly flak from the group. But luckily it didn’t last long and I got over the demerits.

Onto the last mile and a half of the trip and to the normally fun part. But as anticipated it wasn’t to be…

One disappointment (for me anyway) was always, with high water levels, the infamous “The Rapid”, was now just an indiscernible bump. This was always the fun part of the river with at normal to low levels one gets a short but fun ride through it with the kayakers always getting a lap full of water if they are not wearing a sprayskirt and one can play around in the “surf”.

Coming to the end of the expedition, after only about four hours - did I mention the current was fast - we pulled out at Oil City Road, loaded up the boats and gear, said our fare-thee-wells and headed back home. Lisa, Teri and I stopped at the little farm stand on Oil City Road where I bought some delicious “Candy Onions”.

Another great trip on the Mighty Wallkill River with special thanks to our past senior member (R.I.P.) Phil Renner who first ran this club trip back in the HRCKC beginnings – 1985.

And again… nobody died! 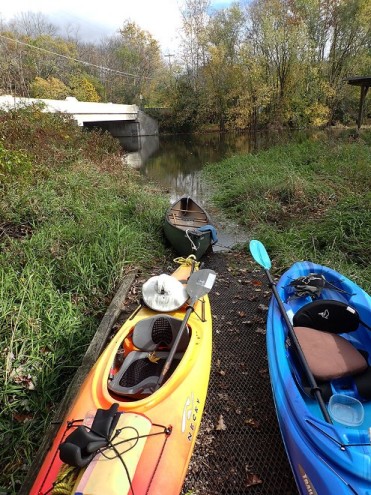 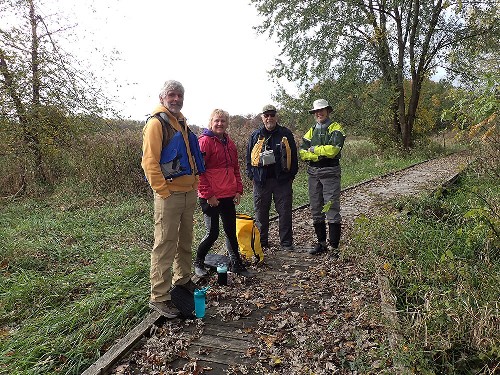 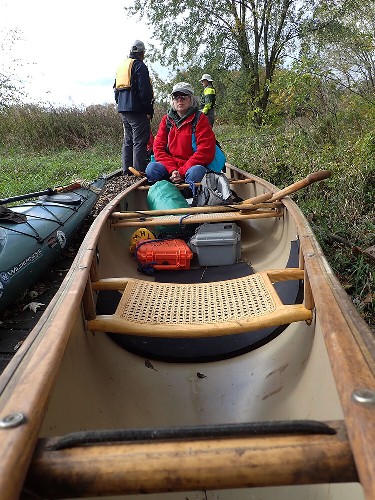 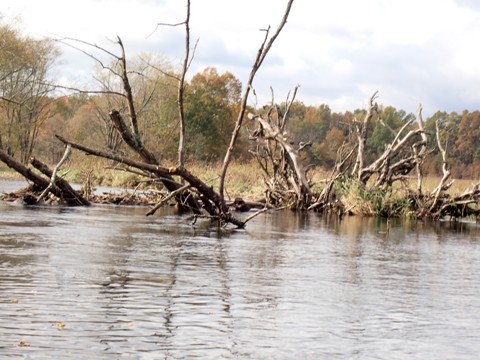 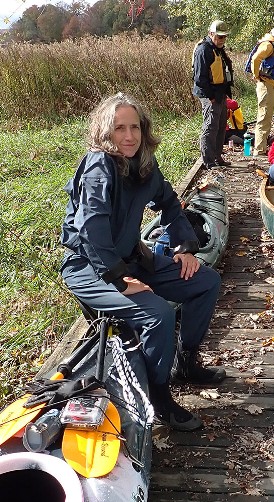 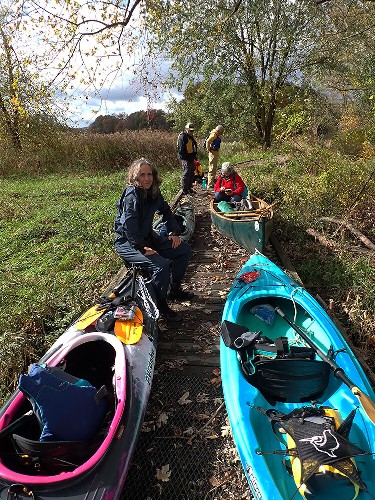