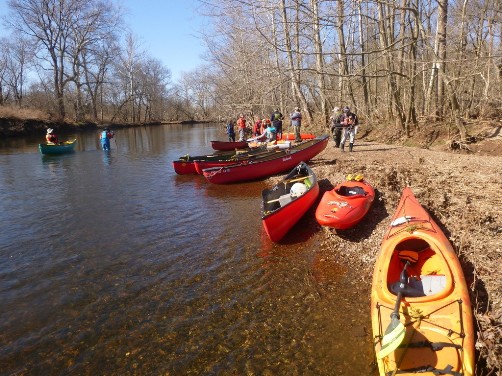 First Day of Spring on the North Branch
by Bob Rancan

A fine, sunny first day of spring and a dropping but sufficient flow on the North Branch of the Raritan. 14 paddlers gathered at the Far Hills put-in to unload their boats. Two had arrived by bicycle after leaving their cars downstream in the village of North Branch and two others had dropped off a second car downstream as well. The rest of us drove our cars downriver and we returned for the paddle in 3 vehicles, placing 3 riders per car, keeping masks on and windows open as a defense against the pandemic. The river had come up during the week with a good amount of rain but had been dropping overnight and we began the trip with about a reading of 3.33 at the Raritan gauge. There is usually a variety of downed trees, especially in the upper section and this year was no exception. There was only one brief detour in the stretch above the Rt. 202/206 bridge but also some time was consumed getting through a channelized, gravel- barred section near the start. Another turn with a couple of trees down made an earlier than planned lunch stop, after which we were confident that once passed the runnable dam, everything would go easier.

Running the angled section of the dam was lots of fun, as always but around the bend was a massive log jam. Lots of energy expended on a hot day getting over and around there and it became kind of a long day but the promise of spring never disappoints! Snowdrops were popping up through the leaf litter, phoebes and kingfishers were around, common merganser pairs and wood ducks kept pushing downriver ahead of us and, the great blue heron rookery was occupied and noisy. Several red tail hawks and an accipiter crossed out path. In true tradition, we made a day of it.

Thanks to Al Grenley for the photos. 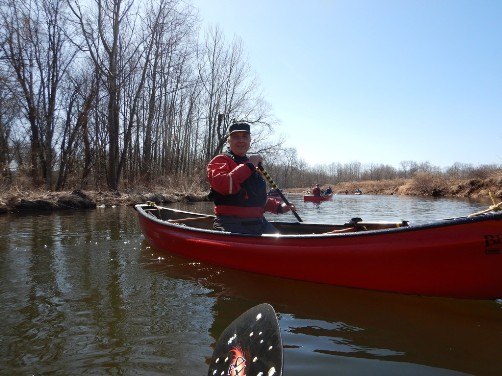 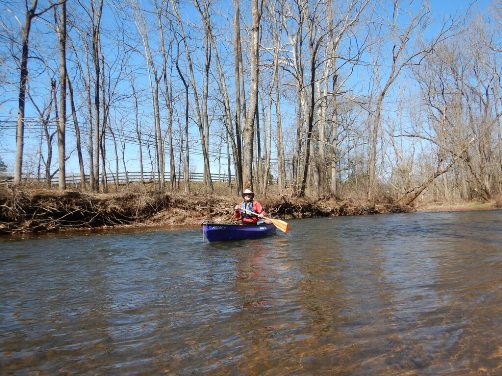 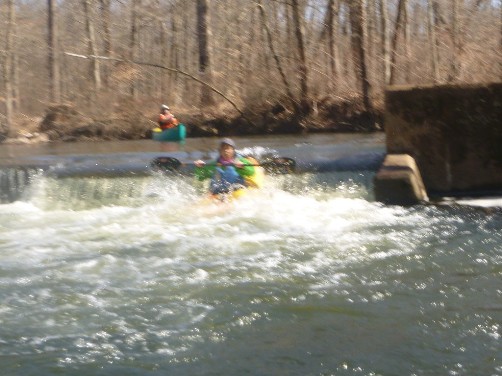 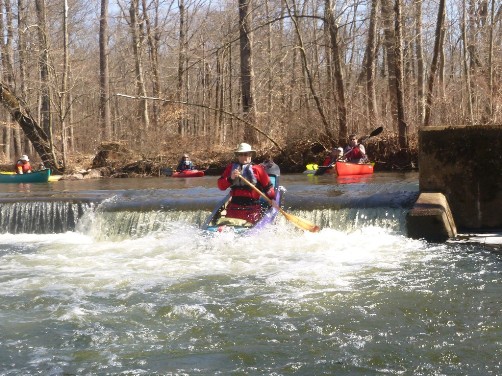 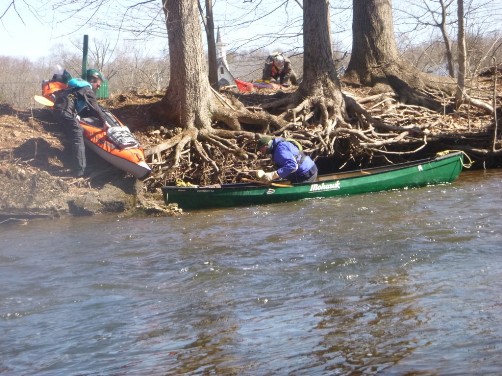 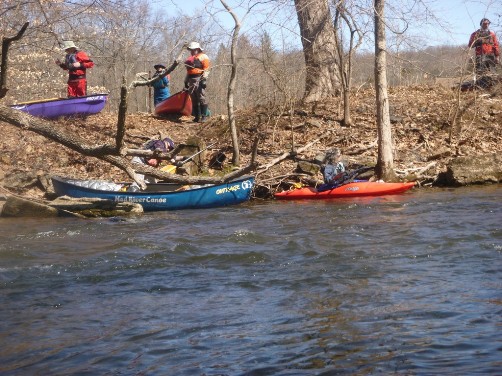 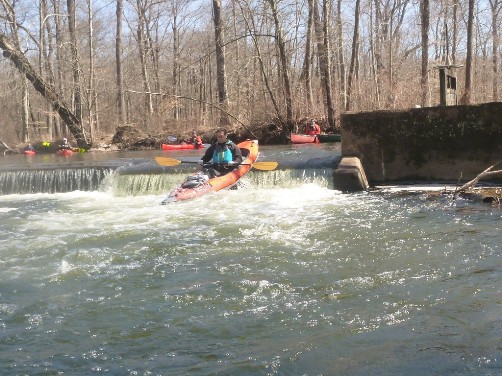 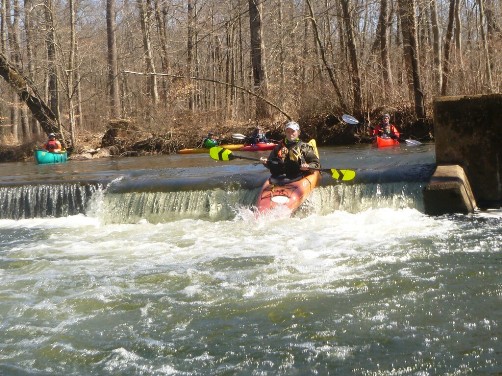 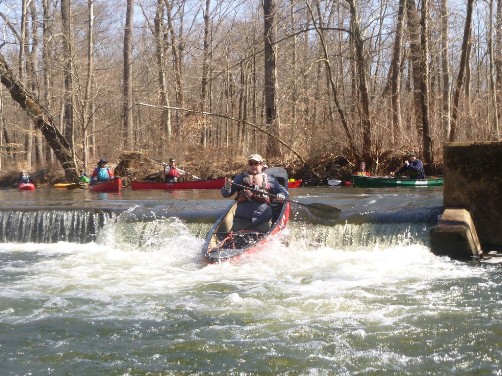 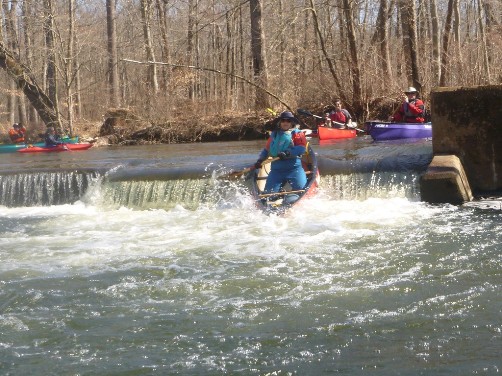 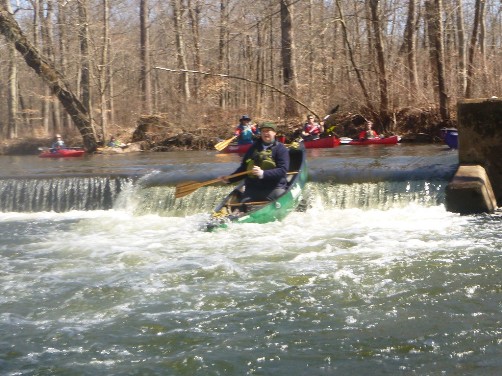 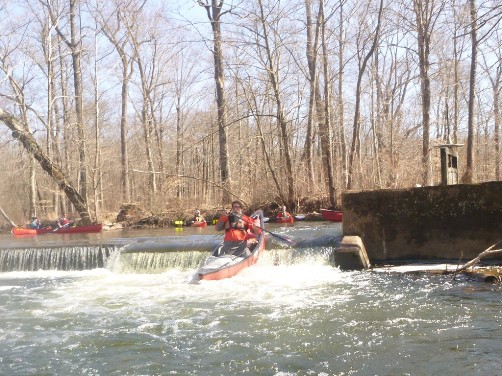 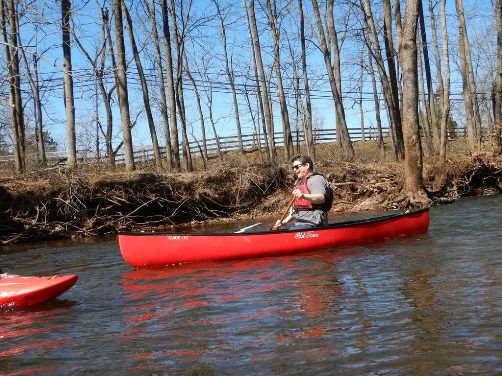 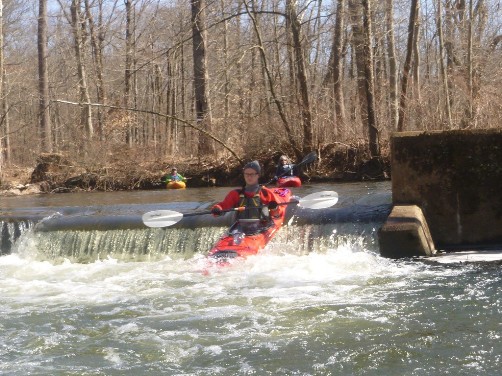 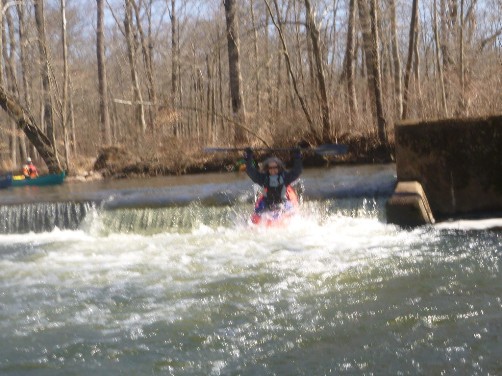 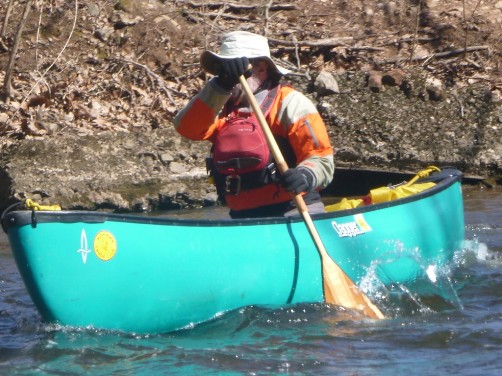