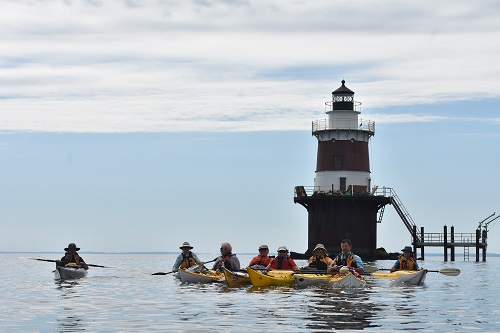 I feel like it's been a few years since we enjoyed this trip. So when the opportunity presented itself, I decided that this past Sunday would be the ideal day to paddle another favorite trip.

Everyone arrived on time, unloaded their boat and prepared for launch. We made our circle, introduced ourselves before getting in our boats precisely on time. It was somewhat surprising to see so many vehicles (many trailered) already parked under the very noisy Route 95. Clickety-clack, clickety-clack...the constant sound was relentless.

It was low tide so we were at the bottom of the cement launch where we easily put our boats in. There was a lot of activity with other trailered boats going on at the same time too. We were all surprised at how many other kayaks and paddle boarders were in the river. The river was fairly calm in the early morning this bright, sunny day.

What I love about paddling the Sound at low tide is being able to see all the shells and sea bottom. it's pretty cool. What was especially welcome as well was the fairly calm sea. Because the tide was so low, we had to skirt around a very long narrow spit of land in order to make our way over to a free-standing lighthouse. But it was calm and that was a blessing.

We had to cross a channel in order to get near the lighthouse. Traffic was fairly non-existent; but we were cautious none-the-less. Much to our surprise, an osprey was perched on the far side of the structure. He "eyed" us the entire time as we circumnavigated the lighthouse. We gathered for a picture before heading over to Cockenoe Island for lunch. Traffic was picking up. Just before we re-crossed the channel, a very large boat sped through as if were were all invisible creating some large swells. We positioned our boats and cut through the swells, yelling "Ya-whooo" as if we were cowboys/cowgirls riding bulls in an arena. Once the water calmed down, Manfred radioed me to paddle around the island instead of rounding around the spit of land. Unfortunately, we did not see as many birds as in the past, other than the cormorants and seagulls that call the island home.

We landed on Cockenoe Island for lunch. Hatice and Ken went for a swim in the cove, finding the water refreshing. Later, we walked over to another part of the island and found a police boat and staff checking on some campers. A thick rope swing was nearby; Ulla, me and Ken all took a swing, feeling like we're kids again. With the Sound in the background it was a lot of fun.

Back in our boats, we headed back towards the river. Now the wind had picked up making the water more turbulent and choppy. It was like that well into the headwaters of the river. But now the tide was coming in, making our trip back much quicker. By now it was later in the day and many more recreation enthusiasts were on the river....dozens and dozens of kayakers and paddle boarders. We were all stunned by the amount of vessels creating havoc for any larger motorized boat trying to make its way down the river.

To top off the wonderful paddle was a feast prepared by Manfred and Marianne.....rum cake, coffee and other beverages. We are always so grateful for his hospitality. There is no other way to end the day! 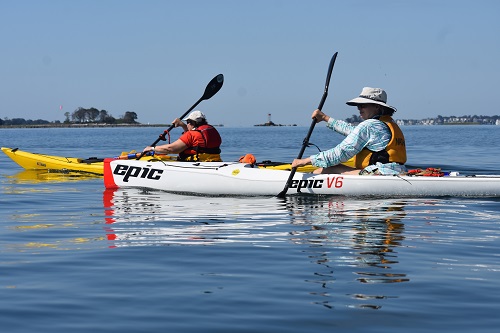 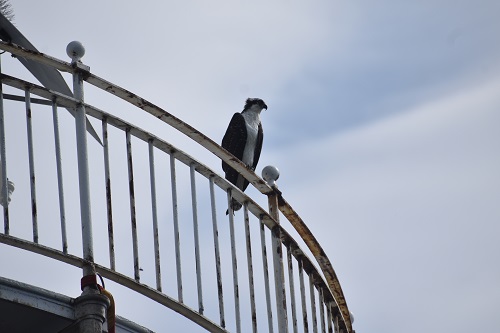 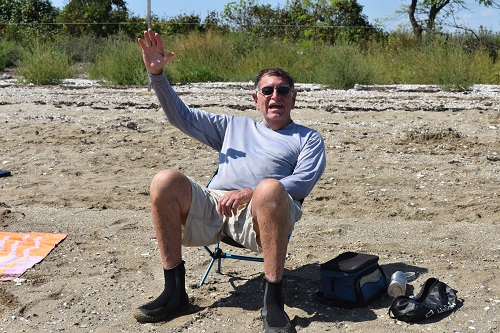 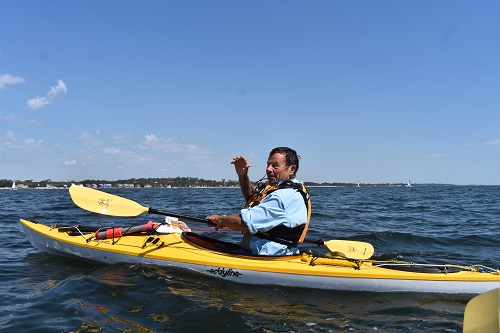 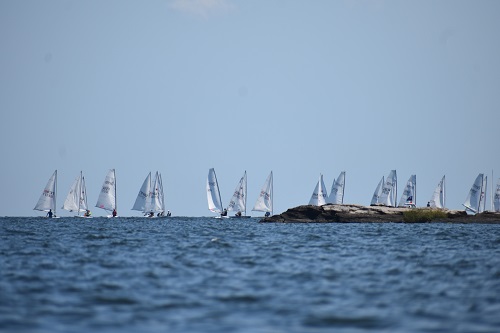 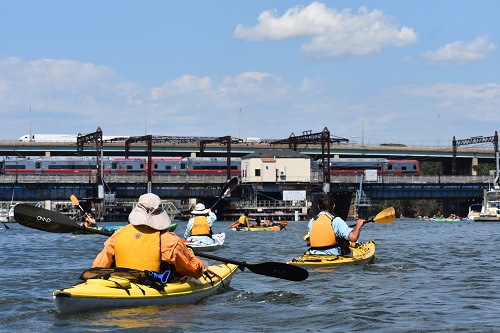 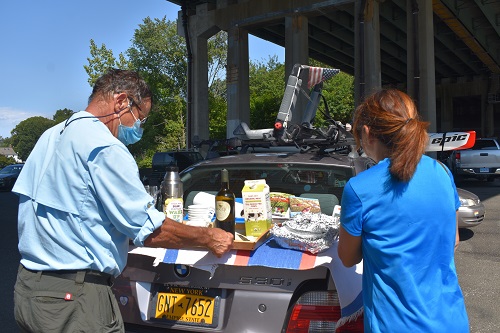