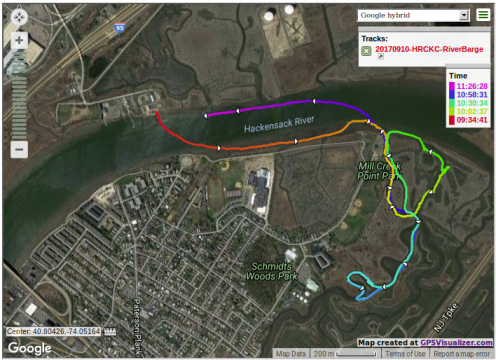 What a beautiful day! The temperature was in the 70s, the skies were sunny and bright.....but, boy, was it windy out on the water. It took a bit more effort than we expected. We being....Summonat, Al, Sid, Bob, Kathy, Andy, Michael, Joseph and me.

We managed to paddled across the river to the east side from River Barge Park in the shadow of the old Izod Center and the seven cranes of the American Dream mega mall. The wind was at our back and pushed us forward when we got to the main channel lined with bird cutouts along the park fence of Mill Creek. I had paddled this area before so I was familiar with the phraghmite-lined channels. We passed two signs for two different marshes. As we rounded a bend, a beautiful Great Blue Heron alighted from the marsh and another channel put us in swiftly moving water. At one point we took refuge in a calm nook for a well-deserved rest and a few Kodak moments.

On the return paddle we hugged the western side of the river. It was a bit more calm close to the edge. At one point we passed four osprey in a totally dead tree. Back at the launch, after everyone reloaded their boat, we sat around a circle of stones and had some apple cake.

Bob emailed me later and reported that we were gone two hours and paddled 3.9 miles. His GPS rendered our path and that was very interesting. I hope I can forward it to be part of this trip report. 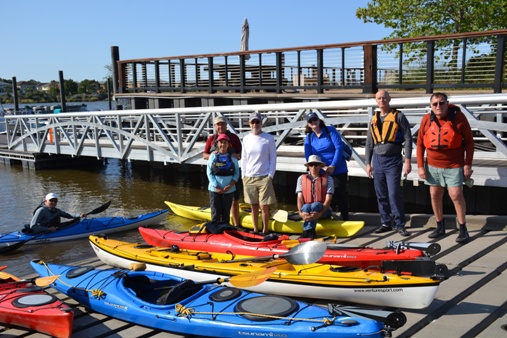 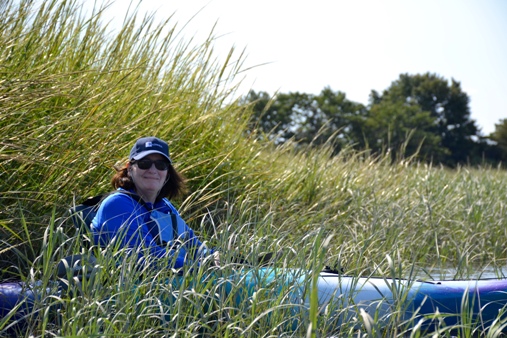