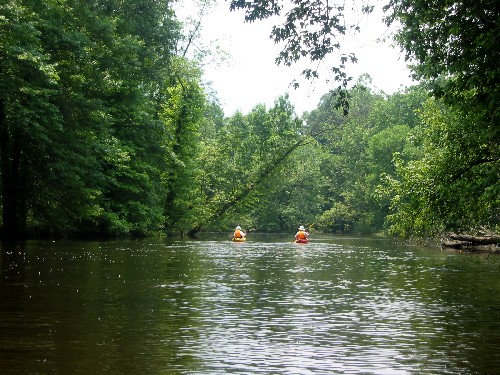 The Passaic trip went very well. We had 7 canoes, 13 kayaks and one inflatable, for a total of 21 boats, 23 people, 2 dogs and 8 billion mosquitoes. The water, which had been near flood stage, had receded just enough for us to do the trip, but was still up a lot.
We met in Fairfield at 9:30 AM, got the shuttle done by 10:45 AM and off we went.

We had lunch in a picturesque spot in the trees, where we ate in our boats because the mosquitoes were so bad on shore. Two reported attempts to take out on shore for "Nature's call" resulted in much blood loss.
Bryan Piniero had a good nap and worked on his tan in a lily pond. We didn't see much wildlife this time - were they sleeping or were they carried off by hordes of hungry mosquitoes?????

We reached our take out, at Two Bridges, around 3 PM.
Post-trip food and drink was shared by a small group of us at Houlihans.
Many thanks to the shuttle people: Craig Sandel, Lee Filkins, Ed Snutes and Robyn's car. 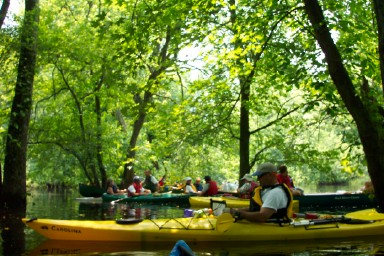 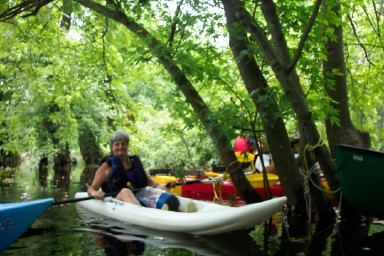 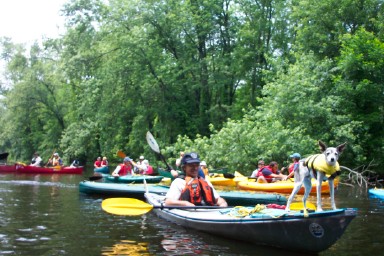 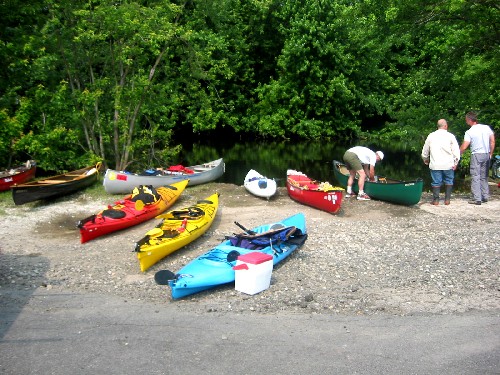 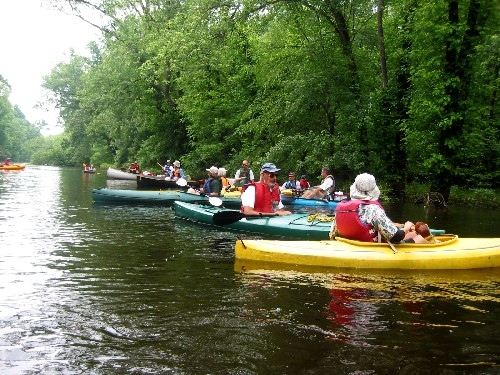