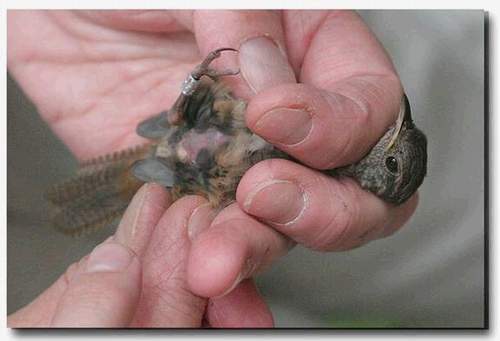 Location: Met Trudy and Drew at 7:30 AM at the Lemmon Road gate along Seven Lakes Drive. They proceeded to drive to the banding area to set up the nets. The rest of the group met at the pull-off along Route 9W just north of Iona Island causeway south of Bear Mountain at 8 AM. Trip ended at approximately 12:30 PM.

Trip Highlights: The introduction to bird banding graciously provided by League of Naturalist members Trudy Battaly and Drew Panko was truly exceptional. Several mist nets were erected in the Lemmon Road area a short distance from the Doodletown Reservoir. The day’s catch: