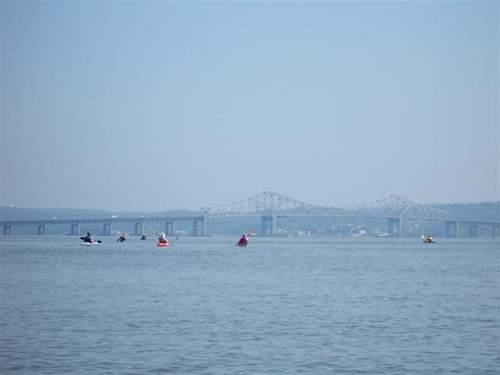 Tootlin’ Round the Tappan Zee
by Michael Passow

Under sunny skies and low winds, nine of us “Tootled Round the Tappan Zee” section of the Hudson River on Saturday, 29 July. We set out from the ramp in Flywheel Park, Piermont about 11 a.m. and headed diagonally across the river toward Tarrytown. Pausing for a refreshing break in the shade under the Tappan Zee Bridge (“Whoever would think we could find shade in the middle of a river?”), we continued up to Horan Park in Sleepy Hollow (North Tarrytown.) (This little gem of a launch site is great for anyone wishing to explore the eastern shore of the river. It can be reached by going down Main St., Tarrytown, crossing the railroad track bridge, and turning right.) We pushed off again to make a brief side trip up to the Sleepy Hollow lighthouse, and then started back. Two tugs, a large barge, and the flood current made the trip back longer in time, but everyone enjoyed the challenge. (Some of us also enjoyed the smoothies at the ice cream shop in Flywheel Park almost as much.)

There will be another “Tootlin’ Round the Tappan Zee” in September. 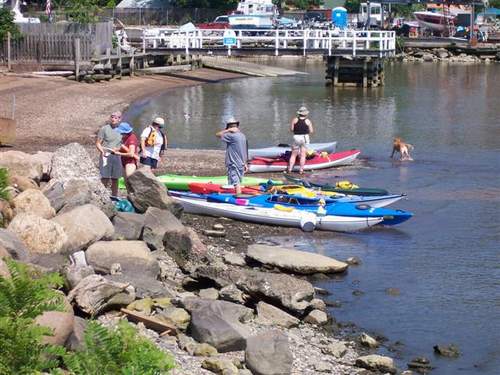 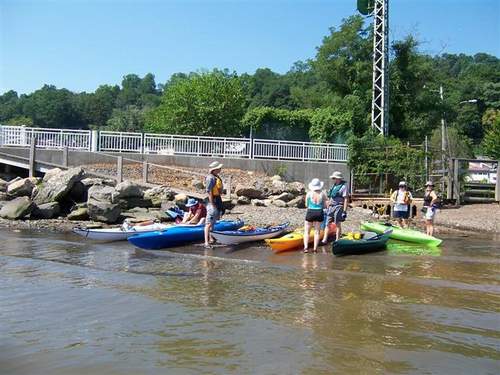 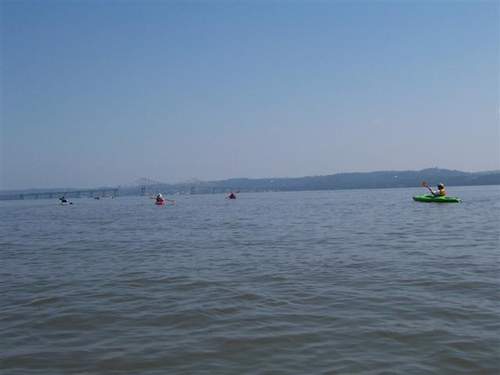 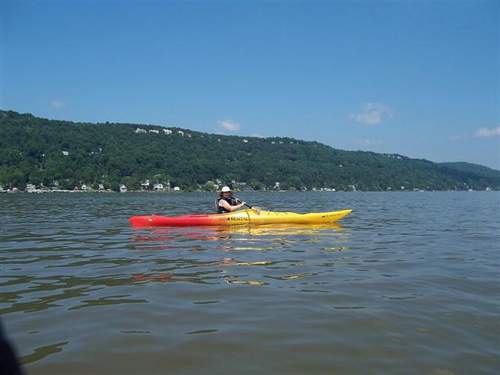 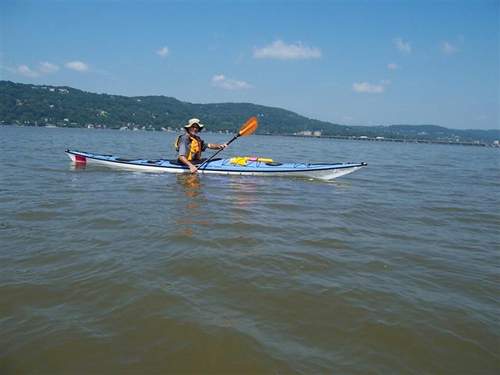 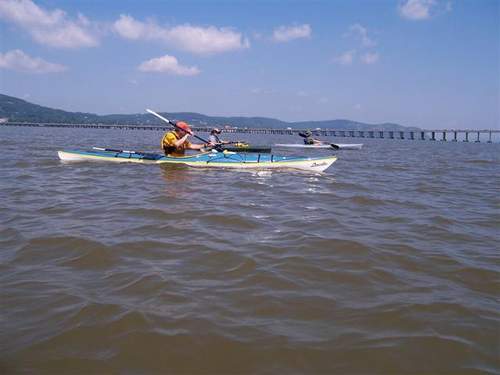 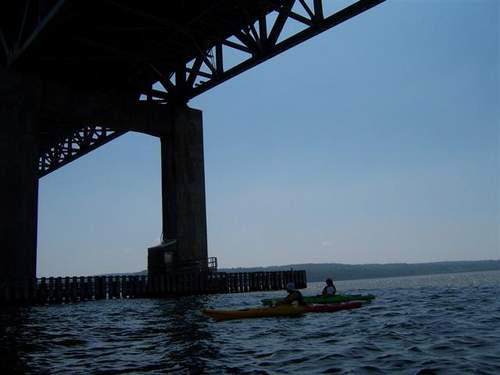 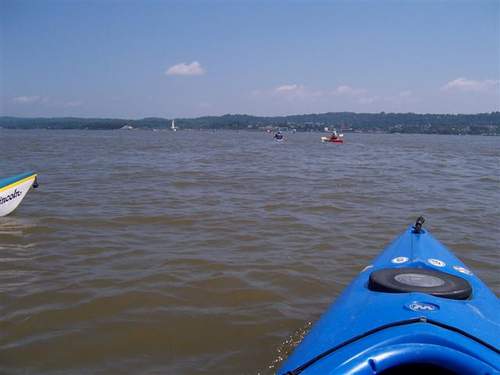 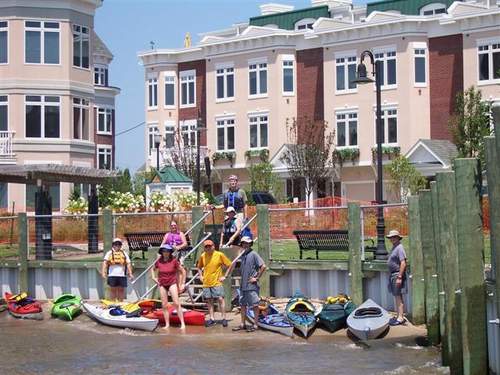 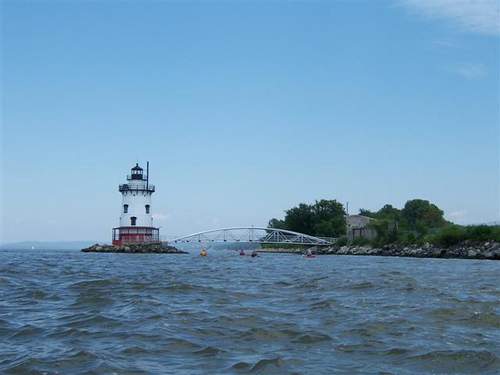 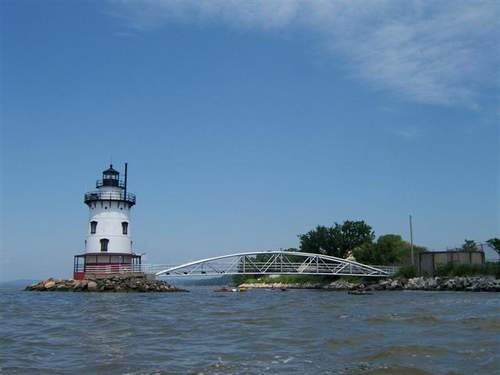 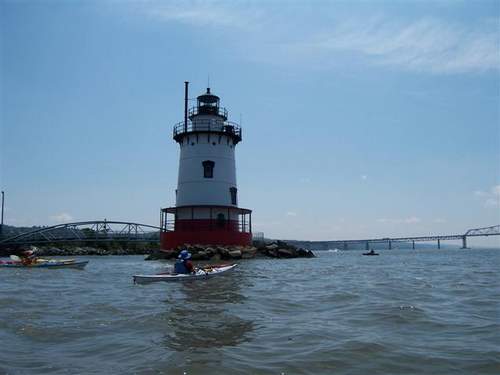 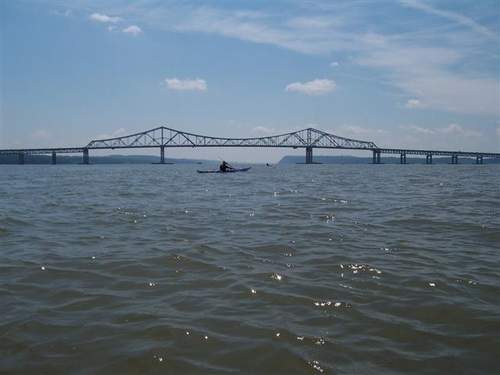 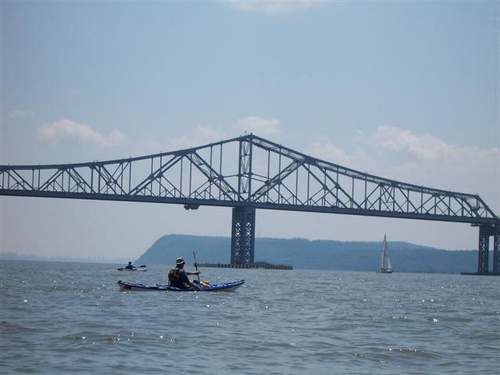 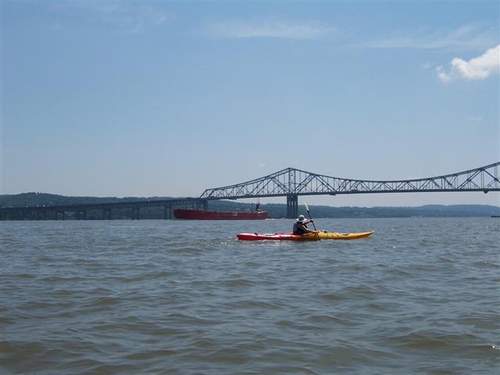 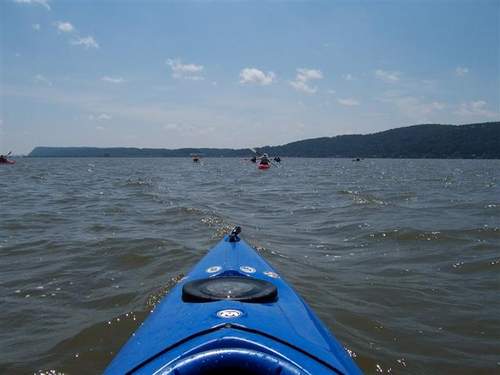 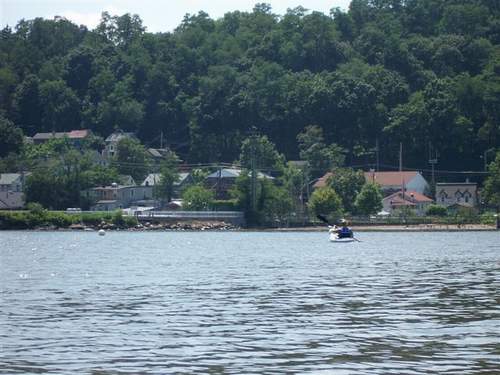 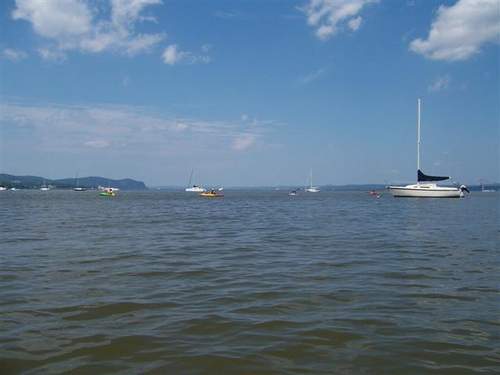 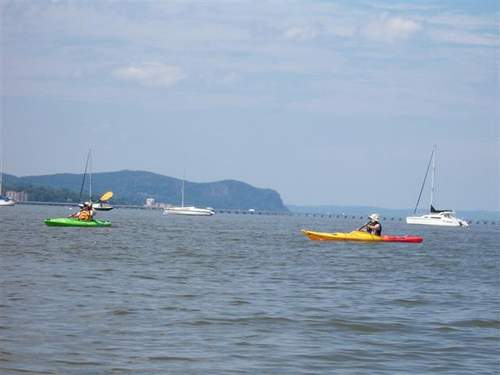 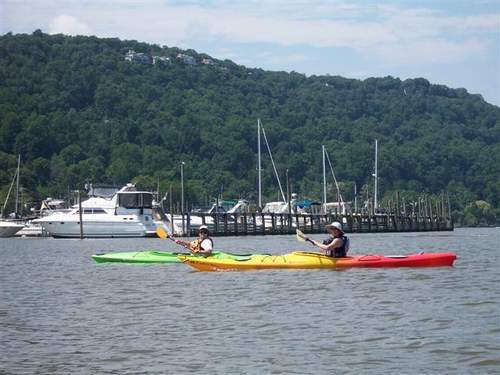 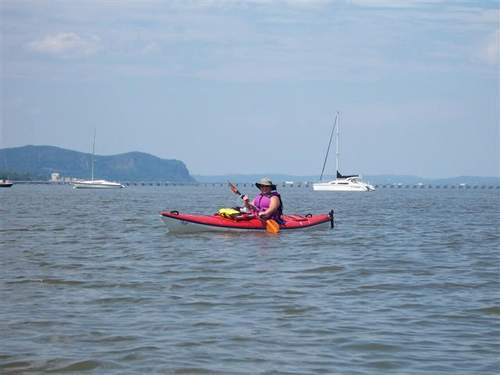 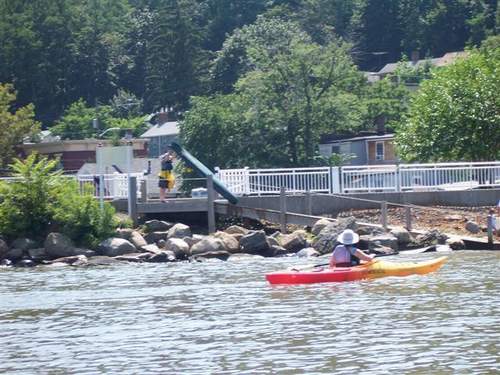 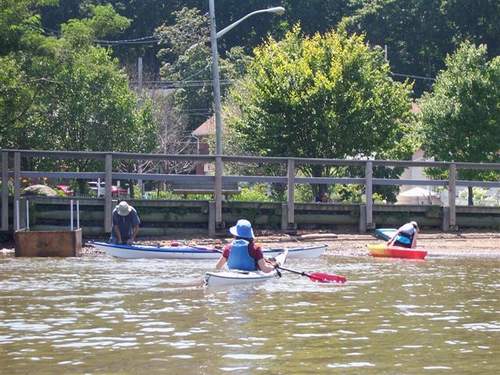 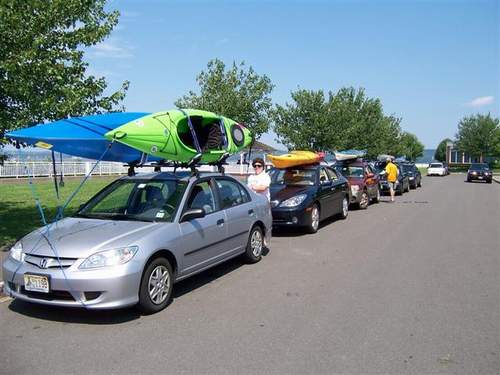