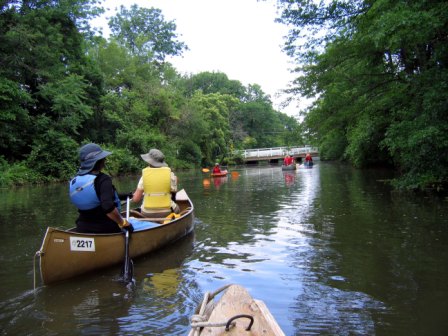 Saturday, June 9th was a delightful, partly cloudy, 84 degree day with light winds. The car-pool contingent met at Jim's Bergenfield house around 9:00 am to load gear, and departed about 9:30. Mary met us at the designated parking area in Hillsborough and the entire group of nine drove off to Colonial Park about two miles away. The Colonial Park people were very cooperative, giving launch permission by email and we were able to launch without a hitch at the small dock.

Our four tandem canoes and one solo kayak got on the water about 11:30 and we paddled east on the canal for about a mile and a half until we reached the Weston Causeway (our meeting point) where it was necessary to duck down in order to pass under a low bridge. Another half mile brought us to a private bridge that was a little higher. We lunched at the end of this stretch of water at the ten mile lock. After lunch we headed back to the put in, arriving there about 3:00 pm.

Along the way we met a couple of private paddlers and a group of girls from a camp near the park. We spotted a number of turtles, most on the way back, and a small Heron. The water was very slow moving and had been dropping after the heavy rain of a week ago. The water was somewhat less than clear and a great number of seeds had gathered in the eddies behind branches.

After we took out, Mary left the group to return home. The rest of us drove about three miles to our host's home a short distance across the canal from our launch point. At Bill's house we enjoyed grilled chicken teriyaki, London broil, a variety of salads, chips, and a couple of delicious deserts. The group returned to Bergenfield around 7:00 pm. 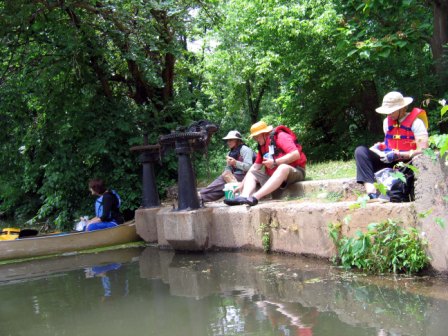 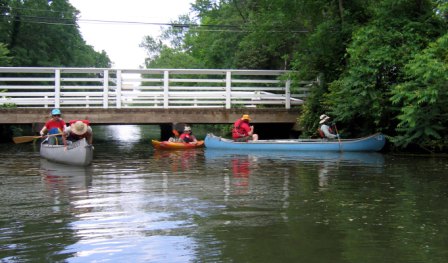 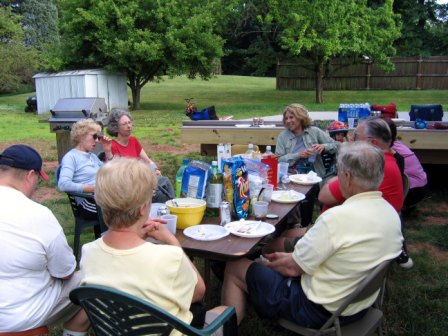 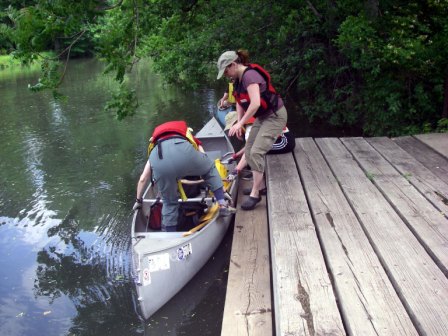 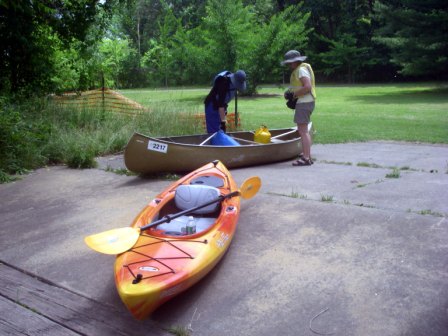 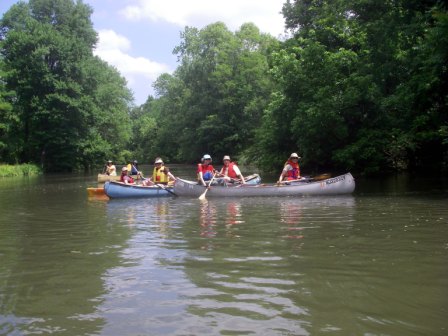 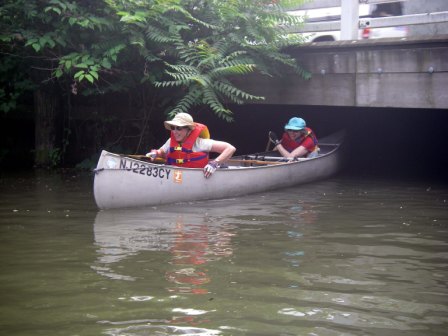 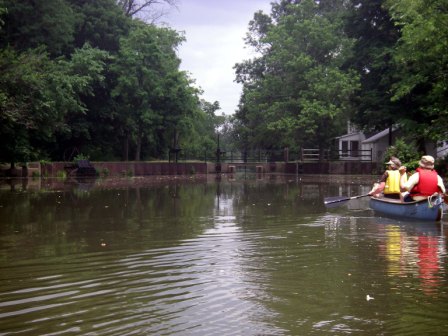 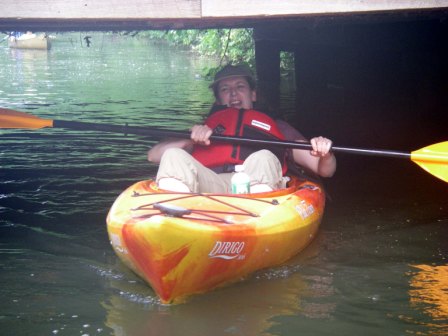 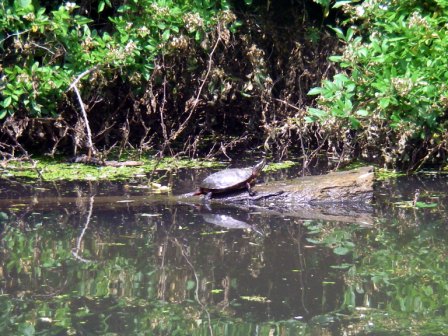