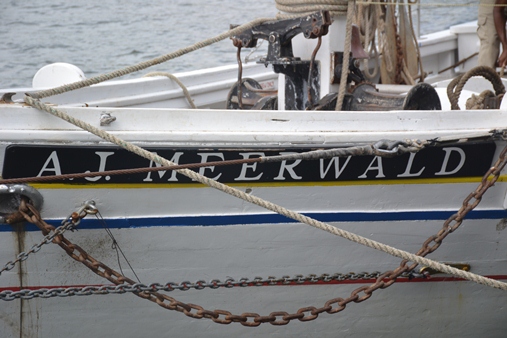 A. J. Meerwald
by Betty Wiest

It was a cool, pleasantly breezy day on Sunday, June 24th when 41 enthusiastic "students" boarded the A.J. Meerwald, a restored oyster-dredging schooner, now on the National Register of Historic Places (1995). This 115-foot, two-masted gaff schooner, is the state ship of New Jersey. Its home base is the Bivalve section of Commercial Township in Cumberland County, NJ, located on the southern Delaware Bay coast.

From time to time, the schooner is based out of a variety of ports so that its educational component can be brought to visitors around the state. We were able to board it at Liberty State Park. The crew put many of us to work when, in the NY Harbor, we pulled on the lines to hoist the sails. But for the most part we enjoyed the sail around the harbor enjoying beverages and culinary delights, even going up the East River past Governor's Island.

Participants strolled the length of the schooner, marveling at the sights of the harbor--most notably the Statue of Liberty, other boats including the Staten Island ferry, Circle Line, Lady Liberty, many jet skis and wave runners, other sailboats, and smaller craft. Tankers and other large boats could be seen in the distance near the Verazzano Bridge.

I could have stayed another hour or two on the boat, but alas our trip was over before we knew it. Maybe we'll do this again next year. 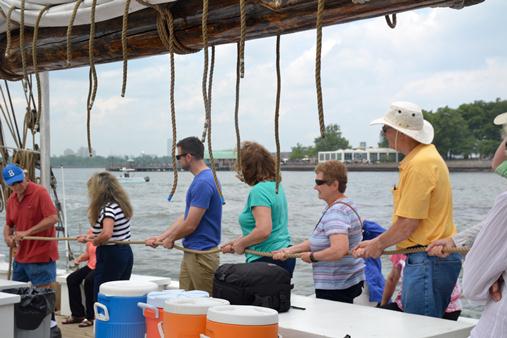 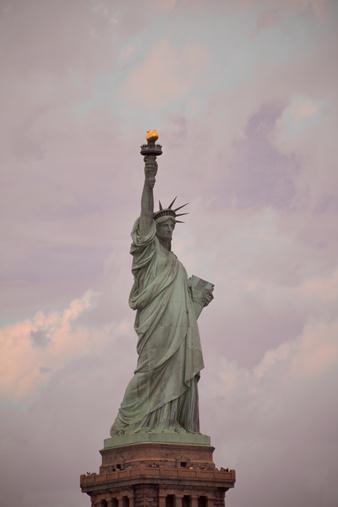 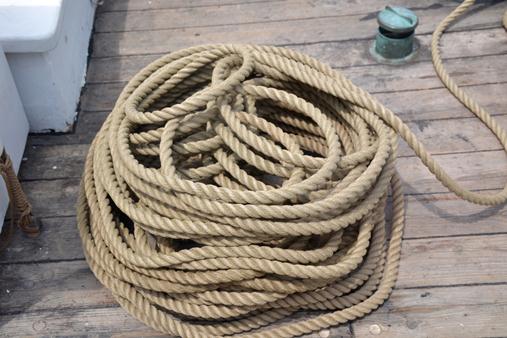