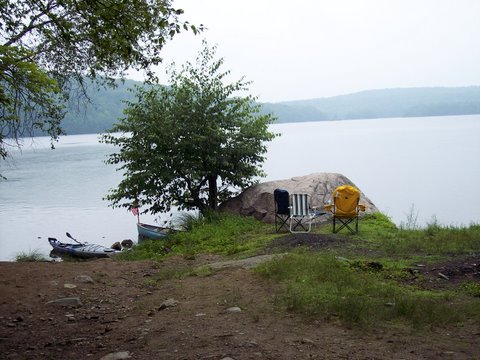 On Saturday July 5th 2008 the first Independence Day Paddle & Barbeque was held at Split Rock Reservoir. The weather report for the entire weekend was less than totally confidence inspiring, but more than two dozen members decided that some clouds and brief light showers could not and would not ruin their day.

Paddlers rendezvoused at the Split Rock put-in and proceeded to launch their boats. The nature of the put-in makes it difficult to simultaneously launch more than one or two boats at a time, but things proceeded and soon the first group of paddlers was heading out into the lake.

The wind was calm, and the skies overcast, but the temperature was comfortable. Split Rock is a picturesque place to get out and away from the sights and sounds of civilization.

The site of the barbeque was marked with an American flag hanging above the shore, and the Club’s banner proudly displayed. Upon arrival the paddlers found a large tarp to gather under during any wayward showers, and chairs and even some tables. A grill was available to cook the food.

Speaking of Food! Many of the participants brought food to share, and the Trip Coordinator generously provided hot dogs, hamburgers, sausages, buns and condiments for the entire assemblage. There were ice-cold beverages aplenty from the multitude of coolers which the TC had arranged to be brought to the barbeque site via a land route. This impressed the several canoeists less than the kayakers, but even the canoeists were grateful that they had not been asked to carry the considerable amount of equipment which greeted them at the barbeque.

After a hearty lunch most of the group headed up the lake for a paddle. Club paddlers dominated the lake, the weather, perhaps, keeping away the crowds that might be expected on the lake any other day. The paddle up the lake yielded some blueberries (they were delicious) from bushes that grew along the shore of some of the islands, and also a double-bladed paddle sprint between a kayak and a sleek solo canoe. There was no clear winner noted.

During the entire time the sky would brighten and show blue and even some sunshine, then revert to overcast and an occasional sprinkle.

In the early evening paddlers started to head back and once again the large bulky objects like coolers and grills were transported out via land.

The Club members diligently collected and packed out all of the refuse that had been generated, carefully segregating recyclables from garbage.

The Minister of Aquatic Sanitation and several of his staff had removed large amounts of bottles, cans and other debris from the area just offshore of the barbeque site. The Club also removed much of the garbage that had been left at the site previously by less noble citizens.

Hopefully this outing will initiate a new tradition of Independence Day Paddle & Barbeques. If it does, remember to ignore the weather reports…you will likely be rewarded. 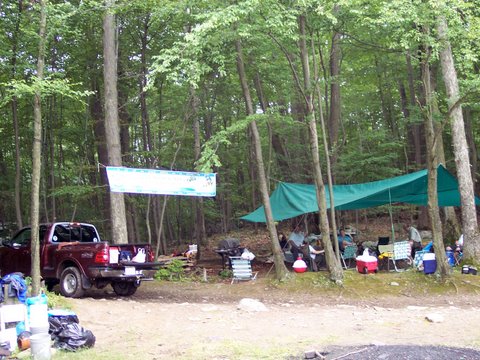 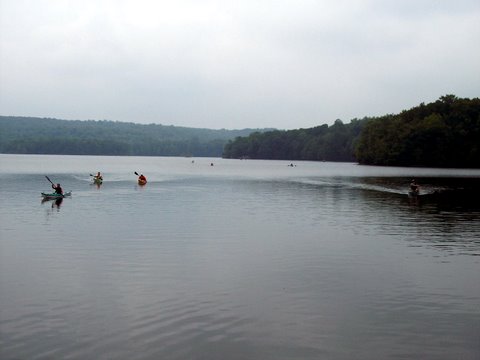 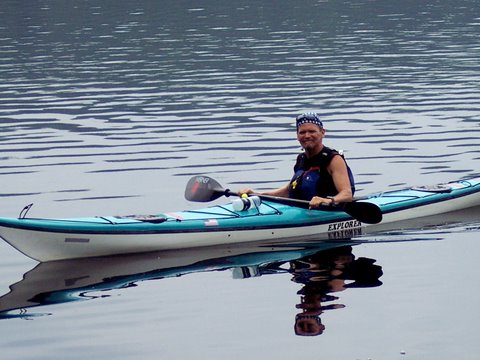 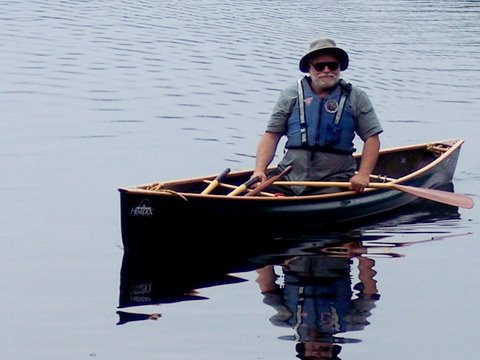 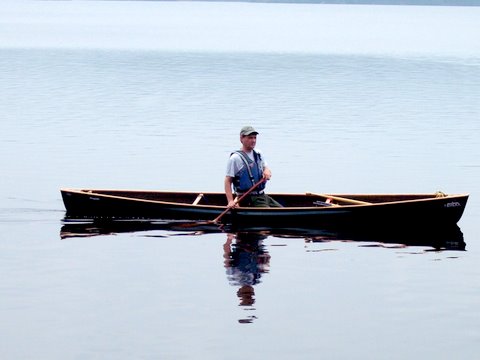 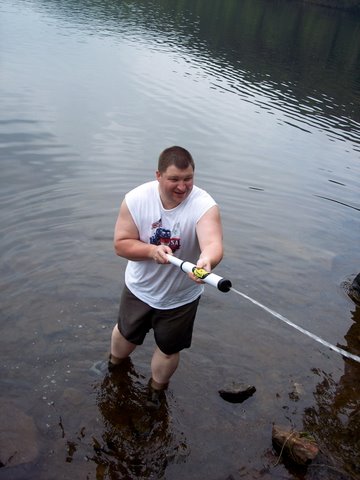 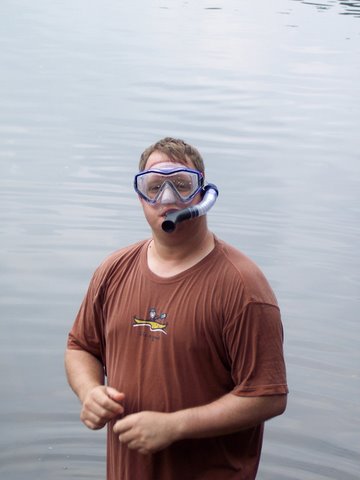 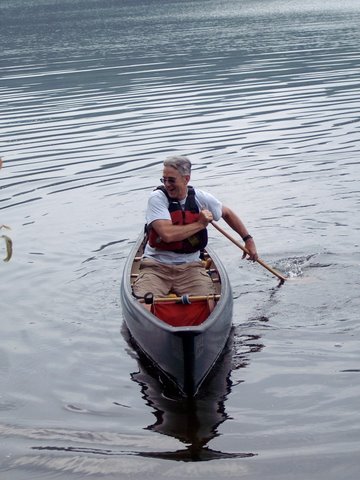 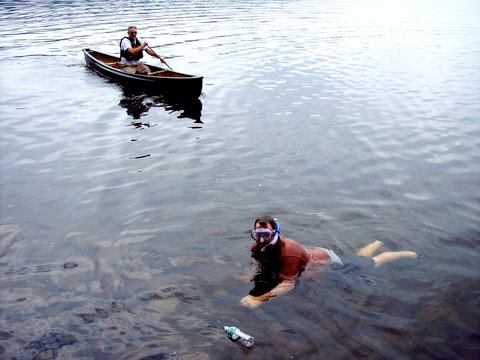 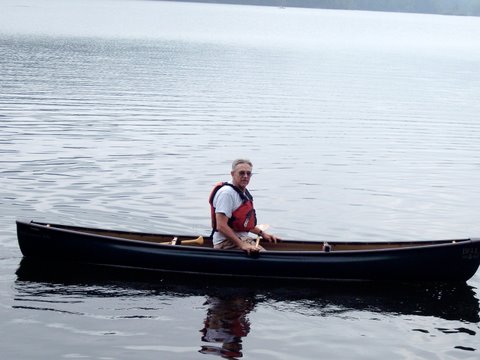 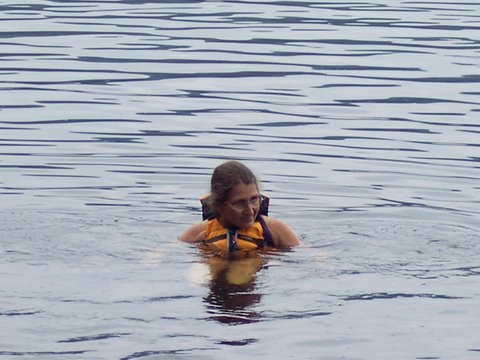 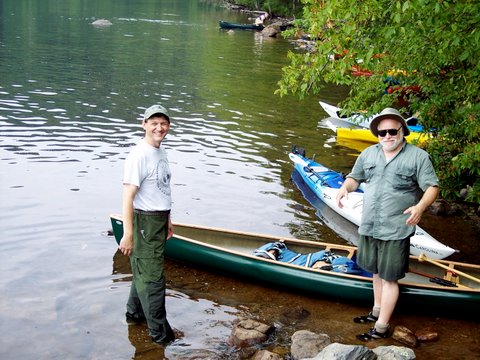 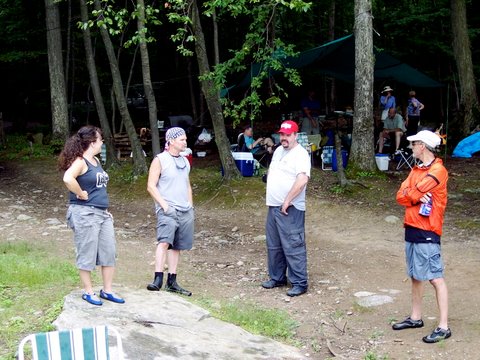 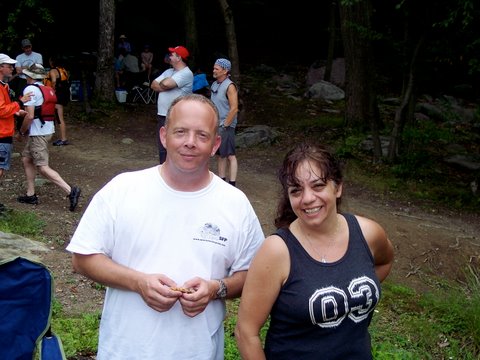 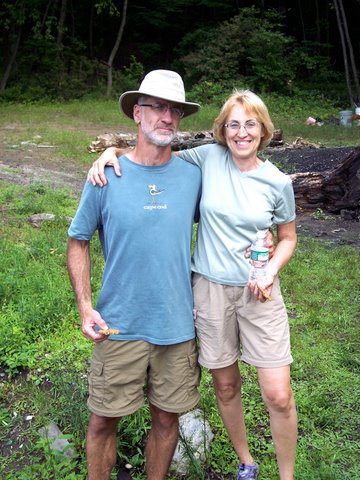 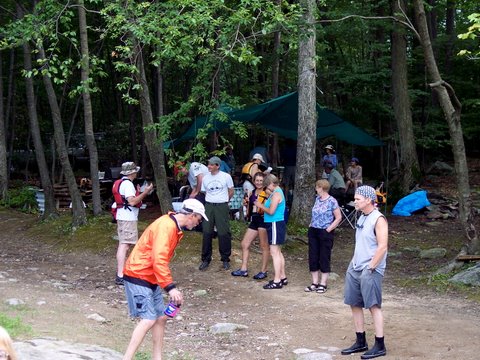 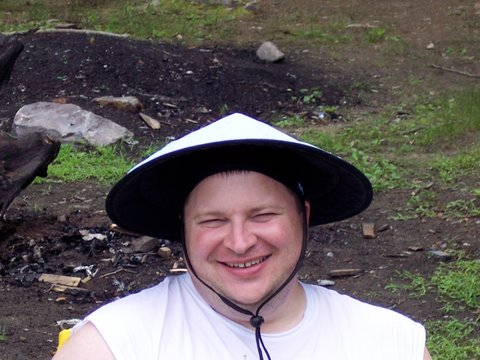