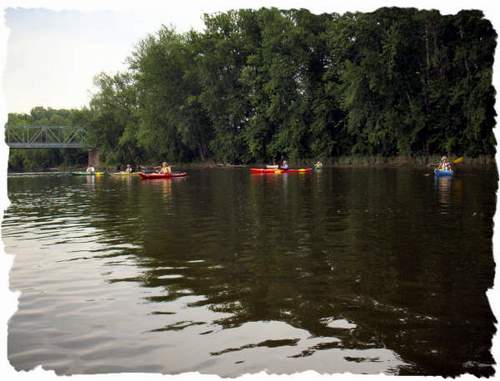 Frenchtown to …..???
With John Franzetti and Michelle
by Lori Baumann

Wow! What a day on the Delaware with HRCKC’s Meister Planner J.F. (no K)
Most of us were on Rt. 78 when the heaven’s opened up and a heavy rainstorm almost forced us off the highway. John Franzetti’s cell phone started ringing: what are we going to do? Shall we turn around? Are you there already? John replied: I am here and ready to paddle - maybe a shorter trip--but: it’s a go! John knows what he is doing. Everything is planned out (I will tell you of 2 things he did not know or plan - at the end of this report…..read on….)

By the time we - that is 20 paddlers in 15 single kayaks, 1 double kayak, 1 single canoe and 1 double canoe - put in at about 10:30 the rains had stopped and the sky looked good when we happily paddled out of Frenchtown. A little rain drove us to the edge of the river but it did not last long. So, on we paddled. Joe had a little problem with his peddle-kayak and two members had to get the boat on land and fix it.

Smooooth sailing ahead - or so we thought. Soon we heard little rumblings which turned into West Point canon-fire-noise by the time this thunderstorm arrived with full force. Michelle instructed all to hide all metal items: metal paddles, phones, metal containers - even ear rings that this writer wore - so lightening would not be attracted to it. Again we huddled together on the edge of the river until this storm, too, blew over and the sun made it’s appearance. The water was running nicely, the rapids were lots of fun and the belch pumps got a work-out after we passed them. It was only 2PM when we arrived at Bull’s Island where our cars were parked.

Much too early to call it a day. When Joe volunteered to pick us up in Lambertville 14 of us continued 6 more miles down the river to arrive at the take-out at about 5 pm. Faithful Joe was there to shuttle the drivers back to get the cars from Bull’s Island and we all met for a delicious meal in a quaint little restaurant in Frenchtown -- where the other John snapped a shrimp at Michelle……(now why did he do that???)

Oh, here are the two things John did not know or plan: Our club members only like Italian or Blue Cheese dressing on their salad and…..John did not plan that NO ONE went swimming unintentionally…but that’s what happened. We are just THAT goooood!

What can I say: A better time could not be had on August 2, 2008 on the Delaware River.
Thank you John and Michelle! 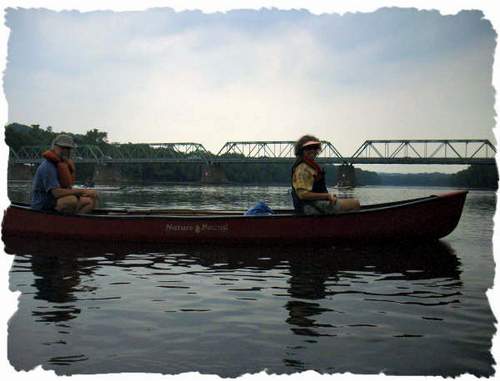 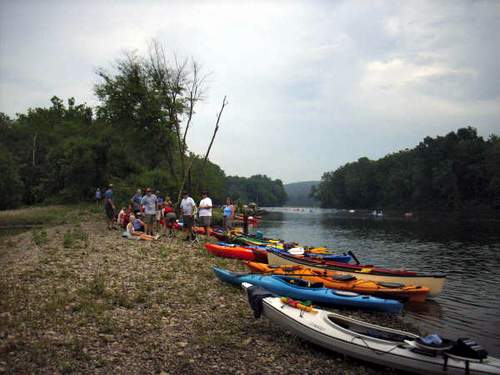 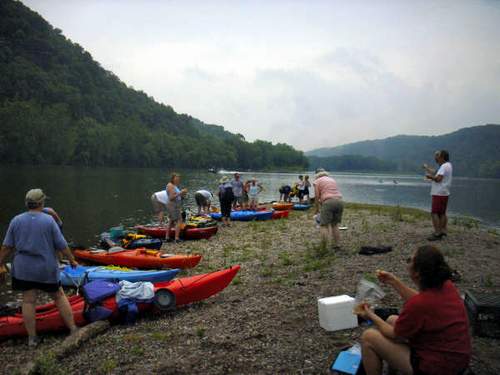 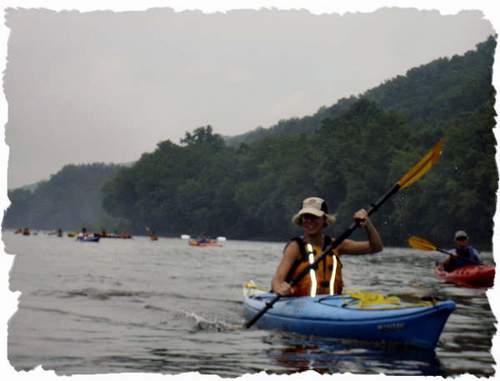 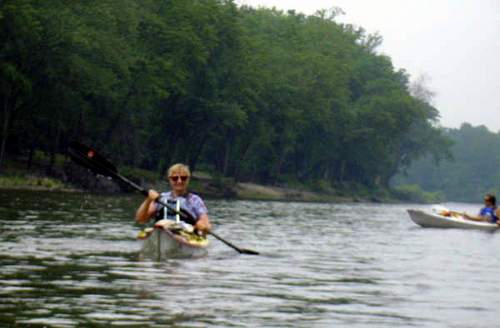 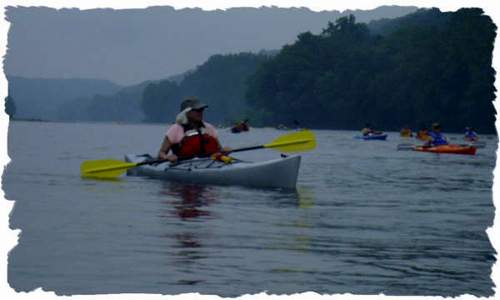 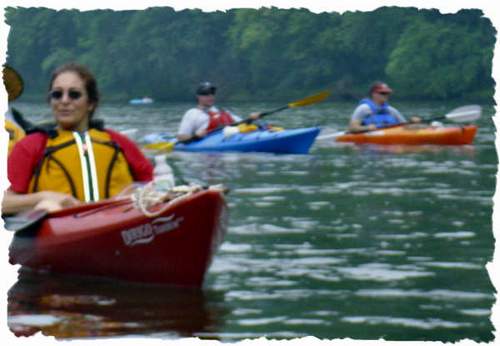 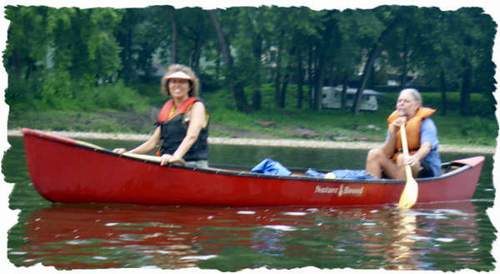 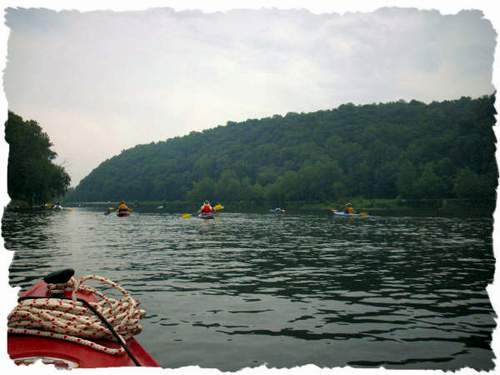 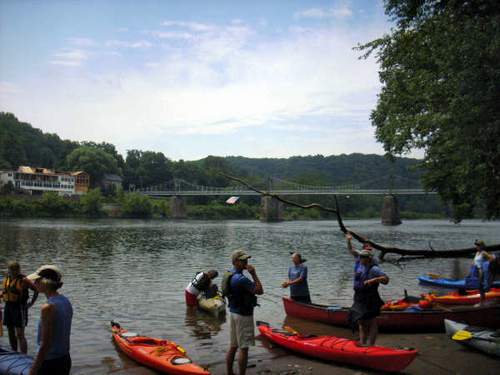 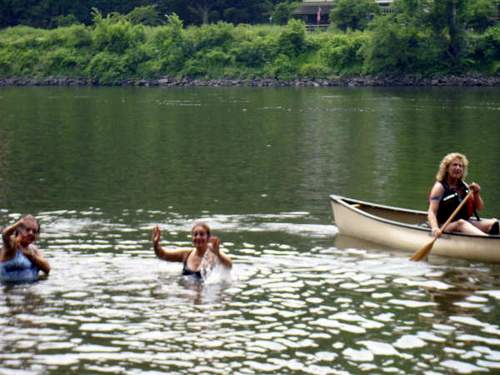