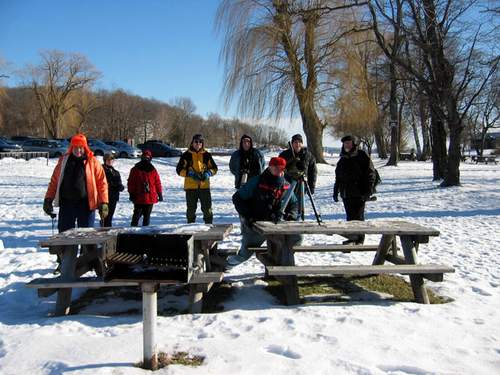 As I like to say about cold weather: it wasn't too bad in the sun. But the wind at the edge of the Hudson River on Saturday, January 24...now that was another story. As the attached photos will attest, the Club members who decided to join me knew how to layer up. They were not trying to hide their identities although someone remarked we ought to have a contest to see how many members could be named in the photos.

The cold weather brings something else to the lower Hudson Valley these years: Bald Eagles in large numbers. When the northern reaches of the Hudson freeze over, birds come searching for open water and the food which it harbors. Plenty of fish, ducks and American coots ensure that these birds will make it through the winter.

Thirteen people joined me despite the fact that I warned there would be no paddling, hiking and minimal walking around. We had a good day, making five stops along the Hudson's east shore. At the mouth of the Croton River, Croton Point Park, George's Island Park in Montrose, Verplanck and China Pier at Charles Point in Peekskill we counted 20 eagles in total, and had at least one at every stop. A highlight for me was watching two immature eagles soar together at Croton Point Park, mimicking mating behavior and stalling and hanging almost motionless in the strong wind. While looking for owls and harriers at the Park's campground, we got a close look at a perched red tail hawk and on the way out got another close up of a red tail hunting over the landfill. I think everyone was surprised and impressed when we pulled into George's Island's lot and I immediately counted 8 eagles in the trees at nearby Dogan's Point. When everyone settled in and started really looking the number rose to 10.
The Bald Eagles have become the drawing card to these spots and there will be a Bald Eagle Festival at Croton Point Park on February 7, I believe. But I have been going up for a bunch of winters now and I enjoy the wintering ducks just as much. It was a windy day and in the open bays where we were we did not have big numbers but 2 male canvas backs, 6-8 buffleheads, 7-8 common mergansers and 4 coots were fun to see. Throw in the Canada geese, mallards, gulls, cormorants, song sparrows, red-bellied woodpeckers and mockingbird and there was a lot to look at.

Thanks to Jim Lyon, Kurt Brown, Jeff and Maureen Heilbrun, Robyn Lowenthal, Tom and Joan DeAngelis, Mary Faley, Ken Shure, Ann Kurz, Michael Capizzi and John Palubniak and Mary Demmer who brought the spotting scope. (I know I just ruined the photo id contest but it still won't be easy to spot Robyn). Lastly, the photo of the young eagle with a fish was taken by Janet Rancan from the landfill at Croton on the next day, January 25 as was the gathering of 8 or 9 eagles on Dogan's Point. where we had over 20 on that Point on Sunday afternoon. She had the good camera. And I hope some of our other photographers will post some of their shots on the Club Album page. 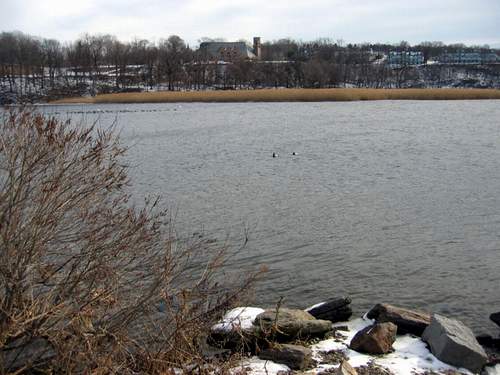 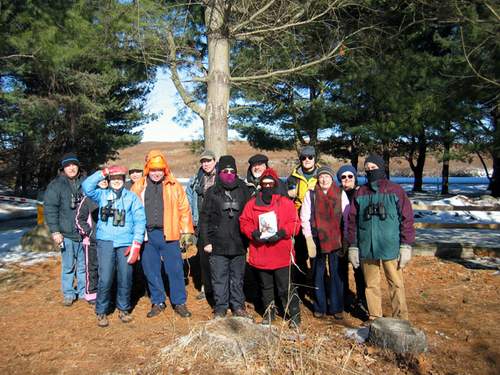 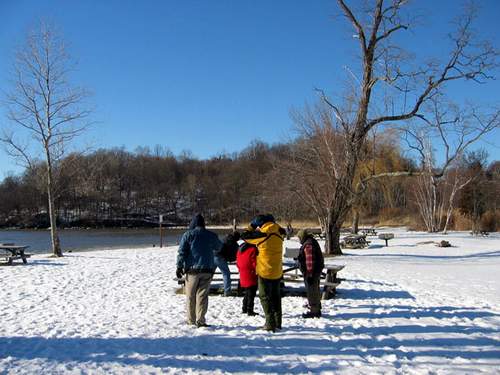 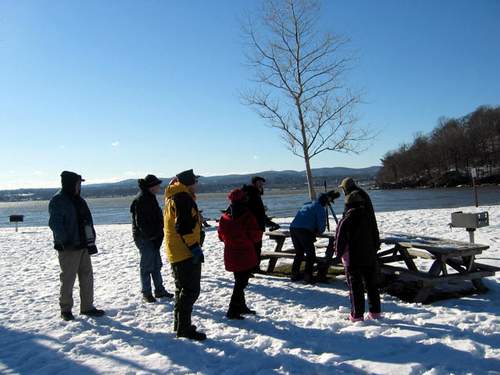 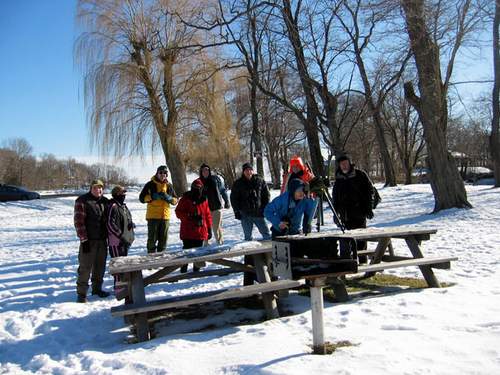 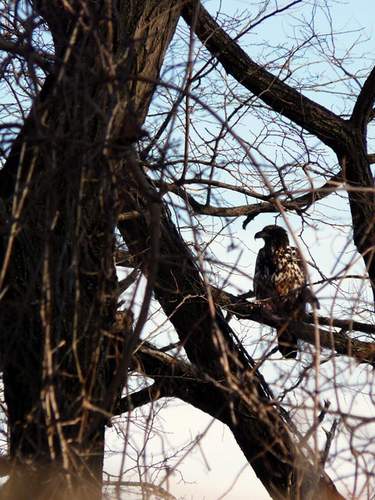 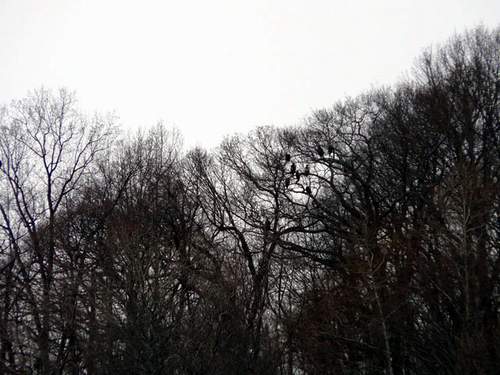