Five HRCKC members met at Englewood marina on the Hudson with the intention of meeting Andy five miles North at the Alpine boat basin.

We put-in at 9:15 and began paddling north with the flood tide. The river and winds were essentially calm. We paddled five miles to the Alpine boat basin where we were to meet Andy Anderson. The cliffs of the Palisades provided continuous scenic views. We met Andy and after a brief rest stop, the group continued north for another four miles to Peanut Leap/Peanut Falls.

We took out here and stopped for lunch on a small, isolated though quite scenic beach.

After lunch, we returned to the boats and noted that the winds had grown out of the South. The winds, combined with the southbound ebb current made the return trip somewhat more interesting. The group paddled back to Alpine where Andy took out and after a brief rest, the group returned to the river for the final five miles back to our put-in. As the trip was planned to take advantage of the tidal currents, at no time were the paddlers straining to make headway, even in the face of some significant winds from the South on our return trip.

When we returned to Englewood, the receding tide forced us to drag the boats and ourselves through perhaps ten yards of deep mud. Though, all things considered, it was still a great day of paddling on the Hudson. 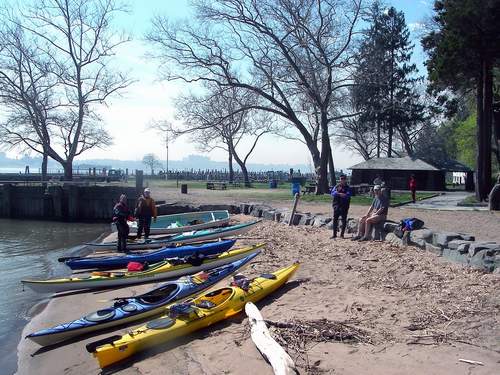 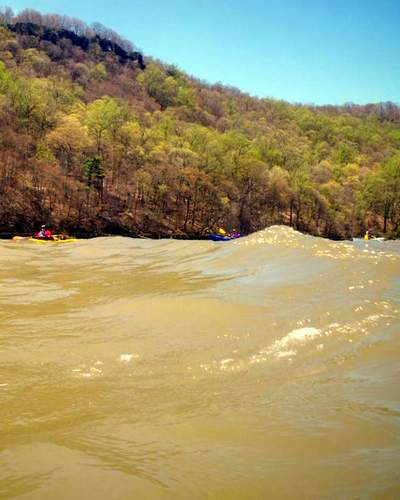 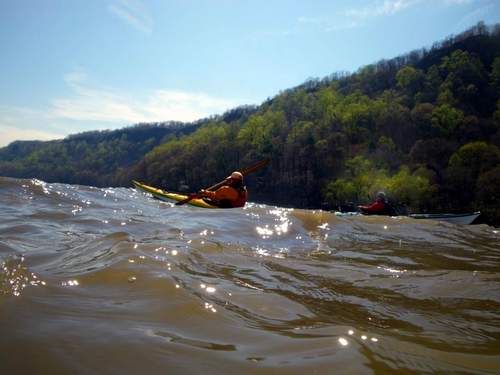 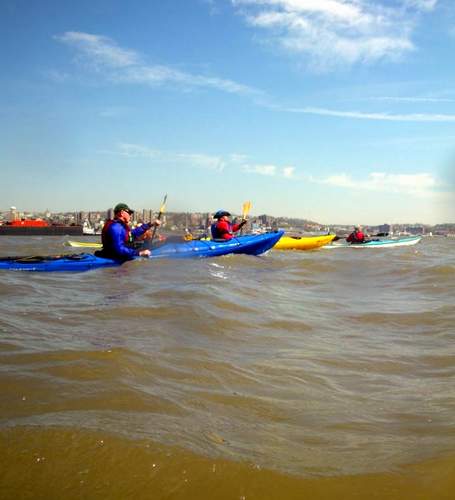 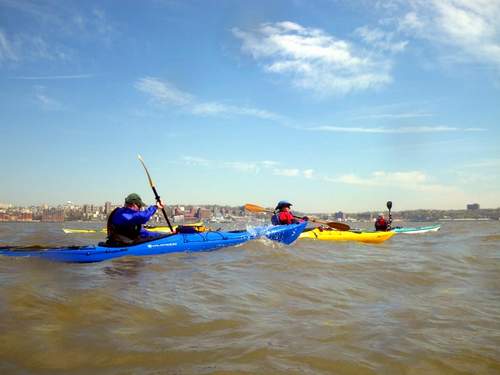 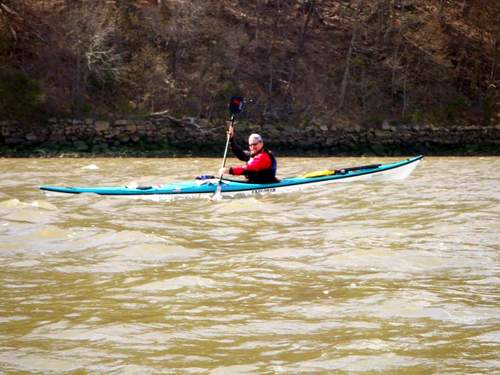 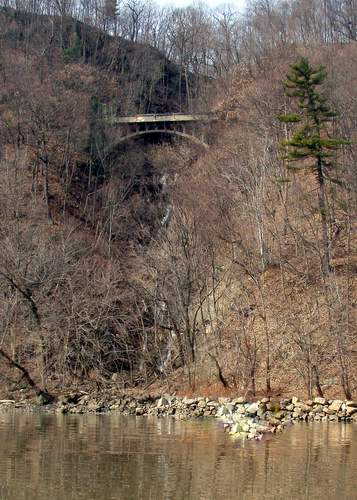 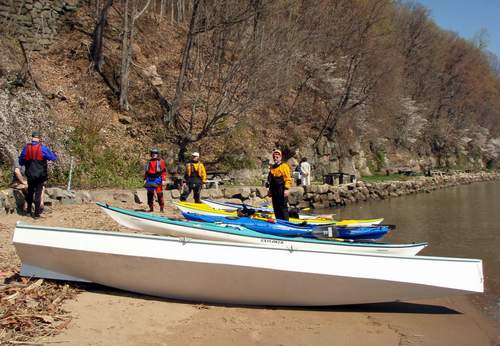 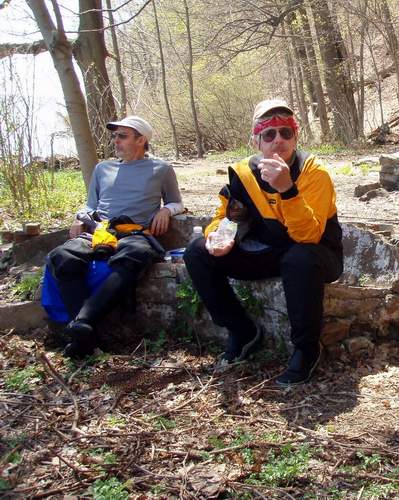 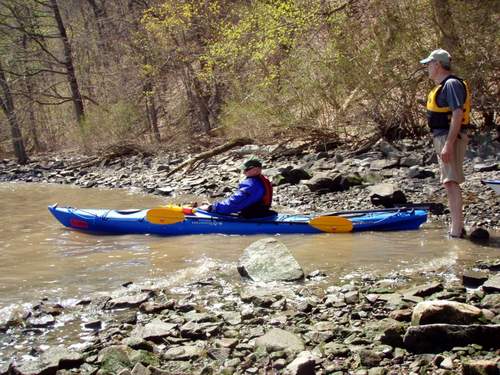 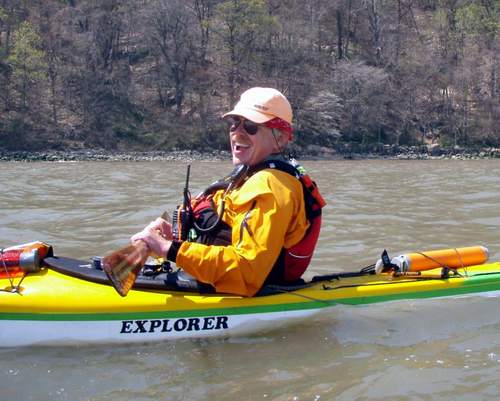 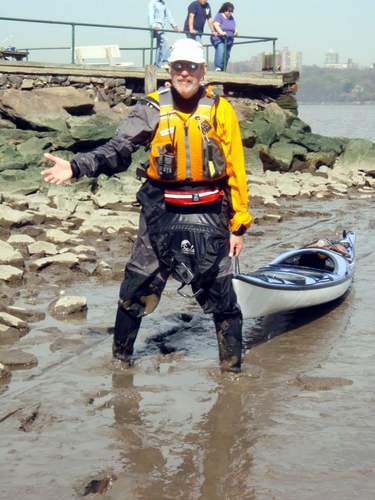 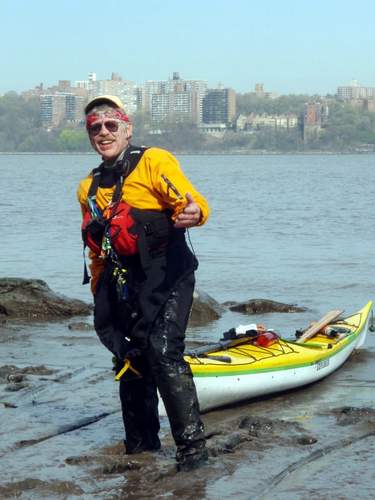 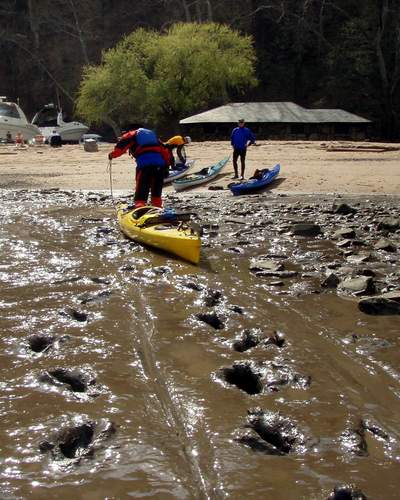 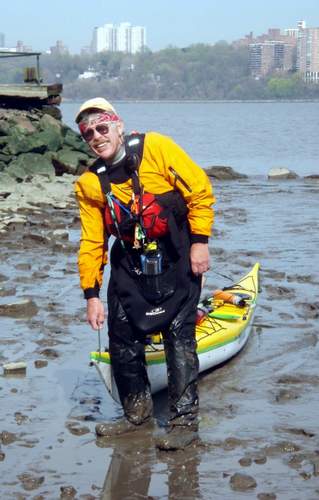