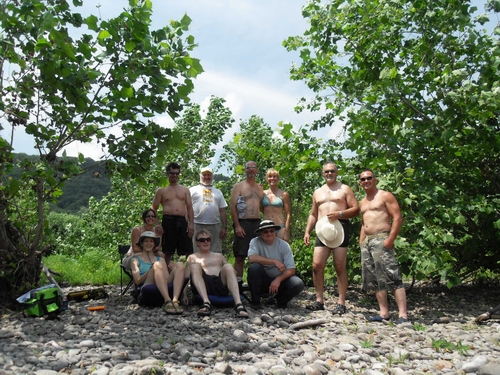 The day called for scattered thunderstorms, but that didn’t stop this hearty group of paddlers from the Delaware River: John & Marie, Cheryl & Mo, Martha & Tom, Mike & Mike, Martin & Caroline, and Ken. The group met at the “River’s Bend” campground, and the treacherous caravan to the put in began. The trip started 2 miles below Dingman’s Ferry, where the team gingerly carried their kayaks and canoes down a cliff peppered with poison ivy.

We departed well after 11 (actually I can’t remember this detail, but it was getting close to lunch time already), and the sun broke free of the clouds. The paddlers appeared to be somewhat lazy; the pace was slow and the participants not overly eager to reach their destination for the day. This enabled our little group to view a juvenile eagle in flight, a turkey vulture pecking at a shad, and other small birds and assorted mammals. New members Mike and son Mike broke out their fishing poles in the hopes of snagging some shad, as the Delaware is known for its abundance of these piscine, which are considered delicacies in some cultures.

At about 1:30, the group stopped on an island for lunch, and a lively conversation about the library system in Paramus ensued. John and Marie took a break and went for a romantic swim, while Martha took her folded Thermo-Rest into the river for a spin. The water was “cold at first, but then refreshing”.

We reached our destination at about 4 pm. The take out was a very long trek up a very steep hill. Some of the more masculine men, such as Mo, put their kayaks on their heads and ran up the cliff for a challenge.

Mo swore he spotted the actor Hugh Jackman coming up the hill from the river. No one else saw Hugh Jackman, and it was mutually decided that Mo was just trying to get attention.

Later the group reconvened at the campsite, where dinner preparations began. A tub of Chipotle spiced hummus and chips made a nice appetizer, along with a cold beer. Mo and I had to go home to feed our children (cats), while NJ’s bravest stuck it out and camped overnight.

Mo and I spotted a black bear slumped over a fallen tree on our way home, about a mile from the campground, its snout raised in the air. We speculated that the group might have unexpected guests for dinner.

The following day, according to John, was uneventful with the exception of the last 10 minutes of the trip, when a storm hit and the group got soaked. The sun came out shortly thereafter, and everyone dried off and celebrated the conclusion of yet another Delaware River journey. 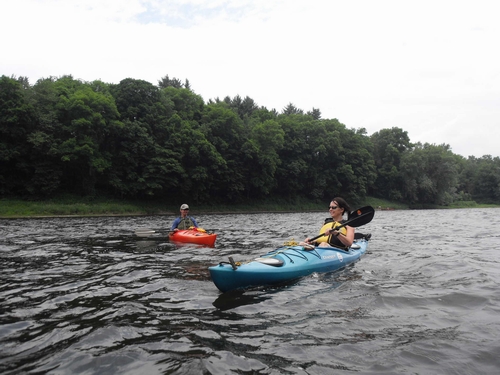 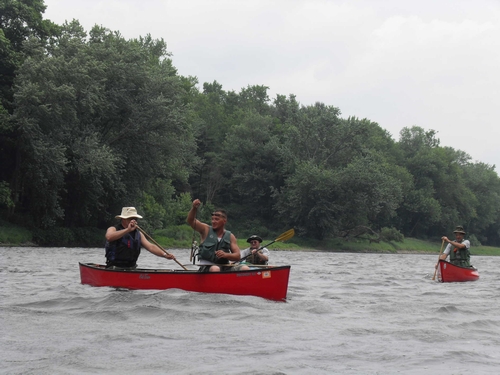 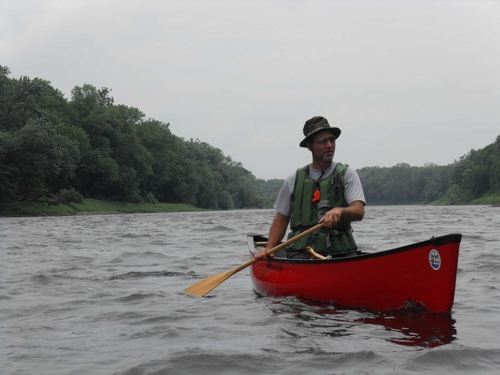 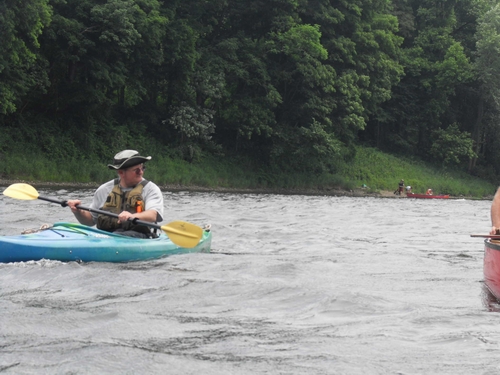 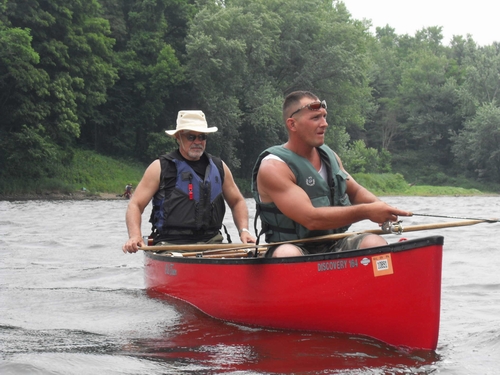 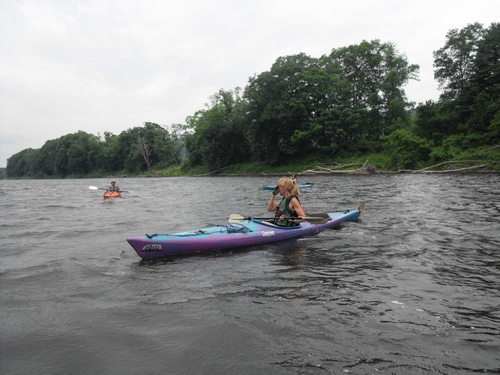 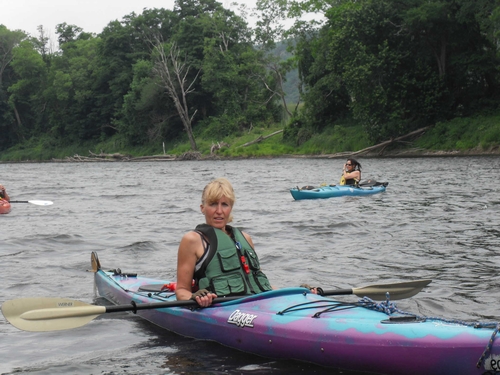 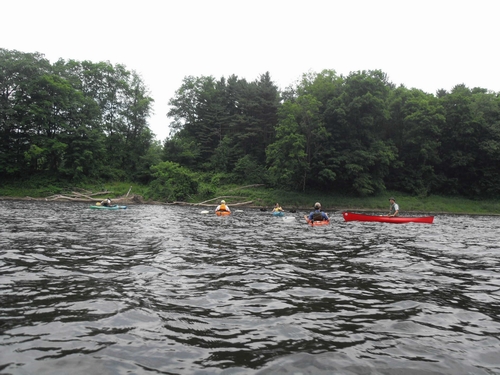 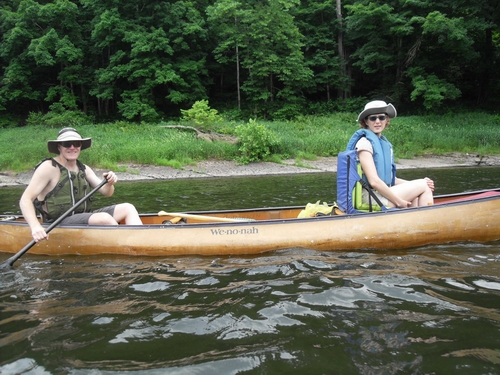