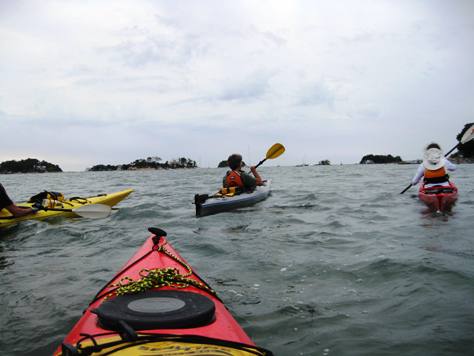 We were a small group—Bob, Elana, Phil, Monica and myself. I guess you would call us a hardy group seeing as how we all met at the launch site at 8:30 in the morning at Stony Creek (part of Branford, CT), just a few exits past New Haven—a good two-hour ride from my home in Ridgewood.

I was in trouble before I even left the house. While the alarm rang at allegedly at 5:30 a.m.…it was really 6 o’clock—a minor power failure set the tone for the next few frantic minutes while I hustled to get things in order for the trip, pick up Bob and get to the Palisades Center by 6:30. Bob tried to cheer me up—the morning sunrise was spectacular with a delightful rosy glow to the landscape. Phil was patiently waiting—well, I was only a few minutes late by this time. We got underway, stopping just once for a quick bite to eat and arrived at our launch site by the time we said we would. Elana and Monica were there within minutes. The great thing about this launch site is that we were able to park just a few feet from the actual part-concrete, part semi-rocky launch pad, and the restroom facilities were right there, too!

The Thimble Islands are a series of islands, some quite small with one house or some very large with a number of houses. Our destination was the outermost island two miles away from the mainland—interestingly called Outer Island. This large island has only one house on it but it also is home to one unit of the U.S. Fish and Wildlife’s Stewart McKinney Wildlife Refuge. It’s the only island open to the public and it has restricted visitation due to nesting birds and docent presence. When we landed on the island we were greeted by two members of “Friends of Outer Island” who were waiting for the docent to arrive. They treated us to a brief history of the island. Bob wow’d them with a possible solution to their water pump problem and he also got an exclusive tour of the house (how did I miss this excusive tour?—not in the right place at the right time I guess!).

As we paddled to our destination, we wove around beautiful rocky outcroppings. Several in our party started to explore the questions: who does their landscaping (some of the properties had exquisite landscaping)? What about cleaning service (someone needs to maintain these beautiful buildings)? The water taxi must be kept pretty busy for all of these everyday services. We passed so many lovely rocky islands with such an assortment of homes; the general consensus was fascination with our surroundings. Towards the end of our trip we paddled into a small cove and came upon an exquisite stone building/home that was formerly an oyster factory. Monica remarked later that “it was the best home that any of us saw that day”. We all wholeheartedly agreed.

At one point we paddled toward the mainland and stopped for lunch in a quiet inlet. And that’s when I posed my question—what was the best thing about the trip? To Bob it was seeing all the houses on the islands. To Elana it was a “challenging paddle; sometimes we were a little too spread out.” But mainly she remarked: “Just being here—enjoying the calmness of fall.” To Monica it was seeing the colors and textures of the beautiful rocky islands. To Phil it was paddling in some good-sized swells and seeing the “architecture and homes I’ll never own”. They all decided that what I liked best was the parking right next to the launch site. Well, that is true but more importantly it’s being with friends, paddling the islands and seeing all the sights!

When we returned at about 2 o’clock, it was high tide. What a difference—the water was just a few feet shy of the level of the road….maybe this parking space was too good to be true.

Oh, and one last part of the day included a rendezvous at the Stony Creek Market Café. While four of us were sitting there chatting about the Stony Creek/Branford designation, a lone female sitting nearby remarked that Stony Creek is part of Branford, along with several other “villages”. I said, “It’s like Preakness and Mt. View being part of Wayne.” Her ears and eyes perked up when I mentioned Wayne and then looked at Phil and said, “Are you Phil? I was a bridesmaid and you were the usher I walked down the aisle with at Jim’s wedding years ago!” ahh ha” moment! Startled at first, a reunion ensued with Jim turning up a few minutes later on his motorcycle (he lived in the area and Phil was visiting him after our paddle).

I wonder what will our next paddle have in store for us? 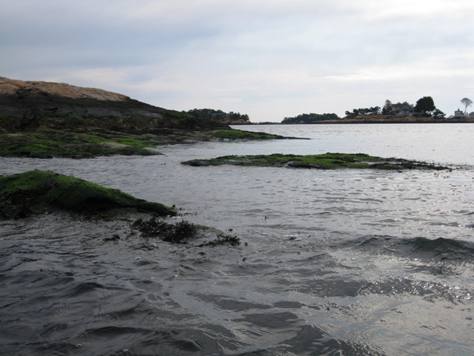 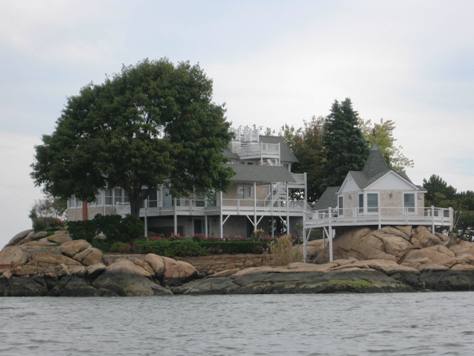 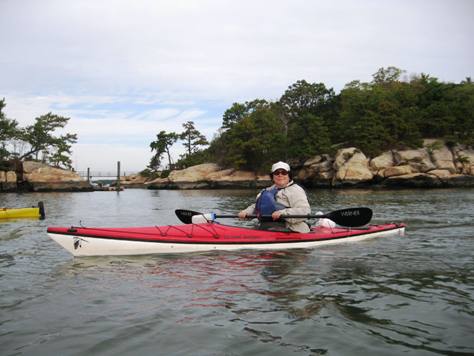 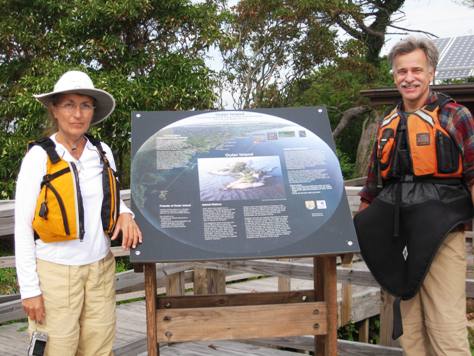 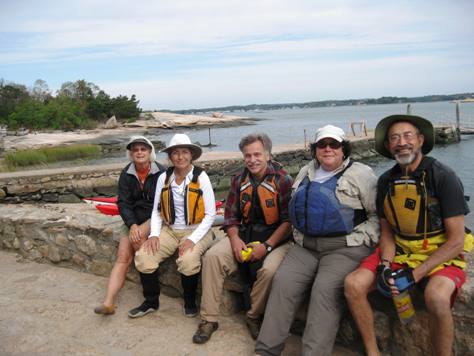 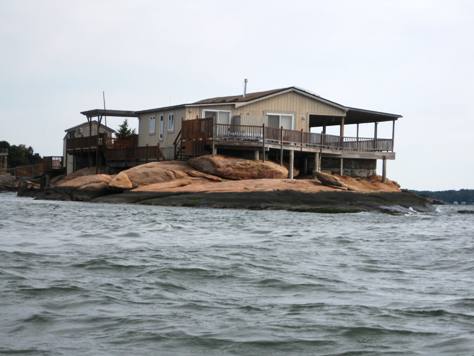 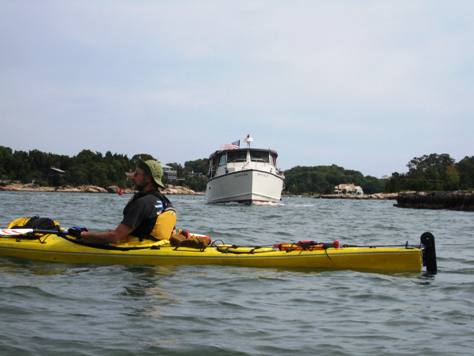 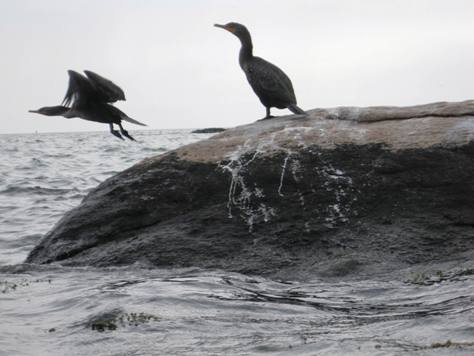 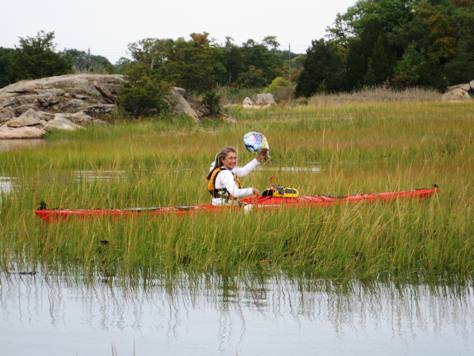