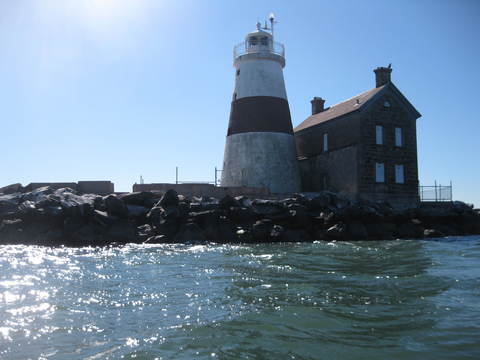 Sunday, October 10th...not a cloud in the sky, but there was a breeze from the west. It was a beautiful day for paddling. Our group of ten included Phil, Lori, Andy, Denis, Rich, Herta, Rebecca, Catherine, Neal and me. After taking the traditional group shot, we launched our fleet from the far northeast corner of a humongous parking lot that serves the bathing public at Orchard Beach. It was clearly marked with a boat launch sign.

It was low tide when we set out from the launch and we saw a few snowy egrets in the marshland along with cormorants perched on rocky ledges and lots of seagulls, mostly in flight. There were a few morning boaters—mostly crewing in the area; we were clearly “in their space”. As we made our way out to the Long Island Sound, we passed a houseboat with two fellows who provided us with some conversation about the houseboat (there used to be 20 or more that were moored in the river inlet) and now only theirs remained. It was located just south of Glen Island (large) and on the west side of Hog Island (small).

Andy provided me with some island identification. We passed St. Davids Island on our port side but our first destination was an island that had an abandoned structure called Columbia Island. A sandy beach midst a fairly rocky island, provided a great landing area. With Lori in the lead, a few of us climbed a ladder that allowed us to reach to building. Ever inquisitive, Lori found a door that permitted us to explore the building. It was a recent work in progress, with walls sheetrocked and some plaster work in the works. We couldn’t decide if it was truly abandoned for a second time.

Our next “port of call” was an island called Execution Rocks. Closed for several decades, this small island featured a lighthouse with adjoining house. There were only rocks and landing on it was definitely out. What made it more interesting was the water had become more than choppy. With the wind at our backs the swells had become more frequent. We could not “raft up” to take a group picture. With all the fishing boats in the area, the healthy wave action and wind, it was almost impossible to stop for a Kodak moment around the lighthouse as we had on the Saugatuck trip several weeks earlier.

The seas kicked up and had many opportunities to “surf”. Andy estimates that the breeze was 10 knots and we paddled 1.2 nautical miles of paddling dead to windward in open water. We regrouped back at the island with the abandoned building and were surprised to discover that the sandy beach we had landed on earlier had practically disappeared. The tide had come in. Islands we had previously seen on our journey were now covered with water and we were all cautious as we paddled back.

The water had become calmer as we head back into the inlet. When we got back to the launch site, a number of children and adults were cheering us on as we landed. Truth be told, they were all part of a canoeing workshop offered by the local parks department.

We left at 9 a.m. and were back a little after Noontime coving about 6 nautical miles (7 statute miles). One final water maneuver, Andy decided to practice a roll and self-rescue with land just 50 feet away from the launch.

Six of us decided to head over to City Island for some lunch—what else? Seafood! While signage was very good, I made two driving errors—one into a section where there was a major picnic and soccer game going on. Some of the participants saw our dilemma and pointed us in the right direction. The second “error” came when we pulled into a parking lot that had valet parking (Sundays only) and we parked our vehicles ourselves….only to realize we were at the wrong restaurant so we hopped back in our cars and moved to the next parking lot. It was a lovely afternoon sitting at outside tables, reminiscing about our trip. The consensus was—we’ll be back next year! 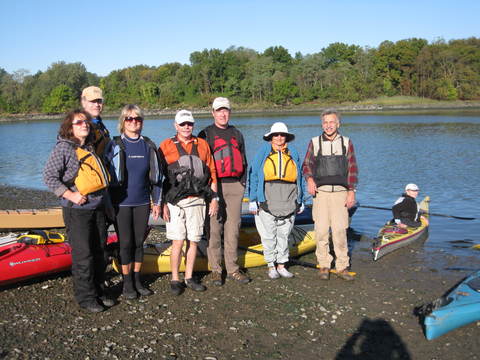 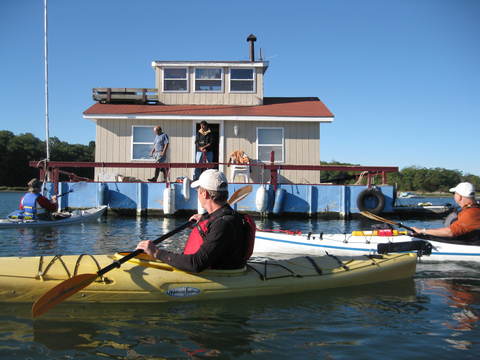 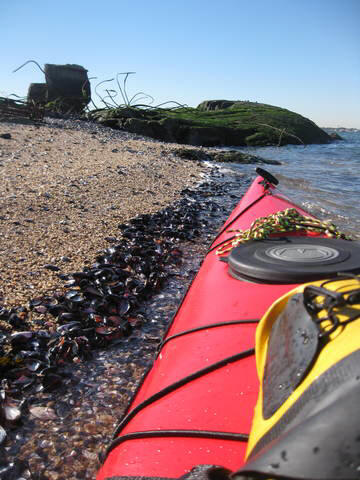 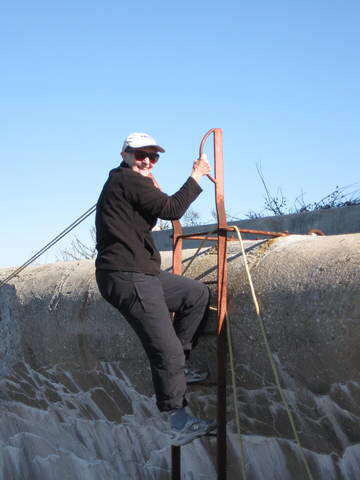 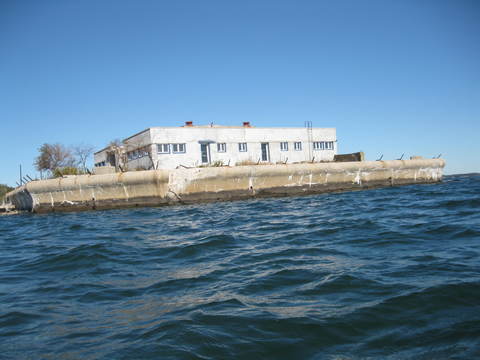 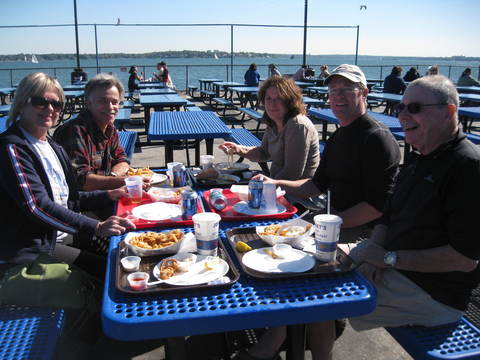