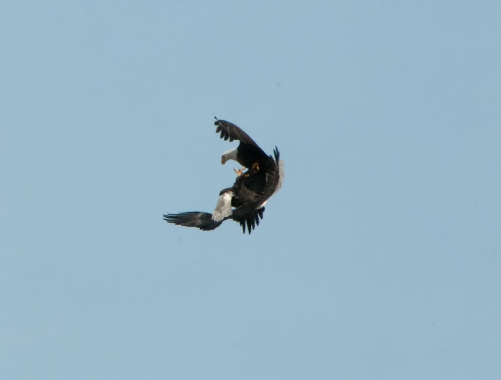 It was cold but the wind held off. The famed Alberta Clipper arrived the next day. So cold, clear skies and lots of ice in the river did indeed make it a great day for eagle spotting. Seventeen members and guests, appropriately dressed, met at the mouth of the Croton River. We had but two eagles there but there was lots of activity: many buffleheads and Canada geese and a lone canvasback swimming and diving nearby. We could see about ten other canvasbacks out in the Hudson and saw a lone belted Kingfisher. Moving on to the campground at Croton Point Park we found no owls but a short walk brought a red tail hawk and three eagles flying around.

At the next stop the eagles were there to greet us. On Dogan’s Point at George’s Island Park there were 11 perched when we arrived. Throughout out almost hour-long stay there we had about 15 in total, with many immatures flying off and later returning. The real treat was watching a mature pair fly together, tumbling and clicking talons- a mating thing. Out in the river a large raft of canvasbacks floated by with the tide (I counted 121).

Next up was Verplanck, opposite Stony Point lighthouse. There we had at least 9 eagles including another mated pair flying together, a Cooper’s Hawk and many common mergansers, buffleheads and canvasbacks.

At our final stop, Fleischmans or China Pier, we found the bay choked with ice and at least 12 more eagles, some on floating mini bergs and others on vertical sheets of ice which had jumbled together. Almost everyone braved the cold to walk out onto the wooden pier several hundred feet into the river. The view of Bear Mountain Bridge and Anthony’s Nose was fantastic while looking south at Charles Point yielded several more sightings.

Fifteen of us stayed on for a late lunch at the Cove Restaurant located right on the river at Charles Point. We had the place to ourselves and of course sat at tables with a view of eagles on the ice.

At least 41 eagles for the day, and I didn’t count once we hit the restaurant. Thanks to my friends Alec and Hilary Malyon from Greenbrook Sanctuary for bringing a spotting scope and the great photos(1st 4). 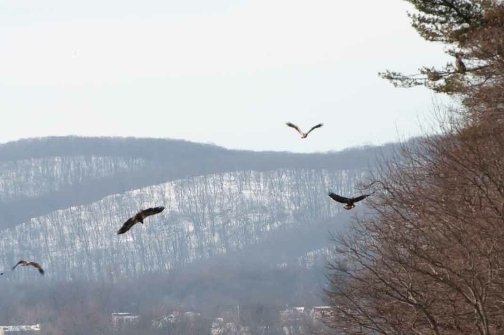 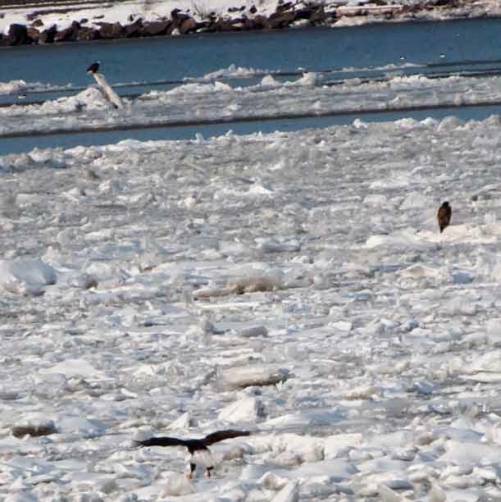 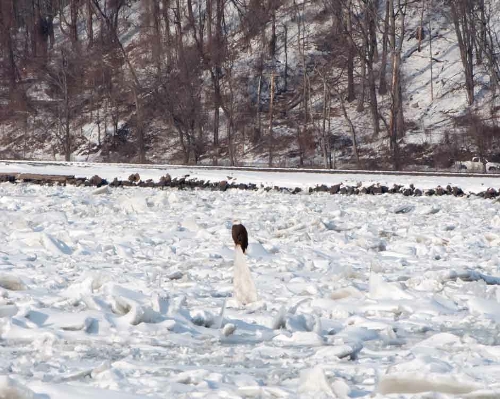 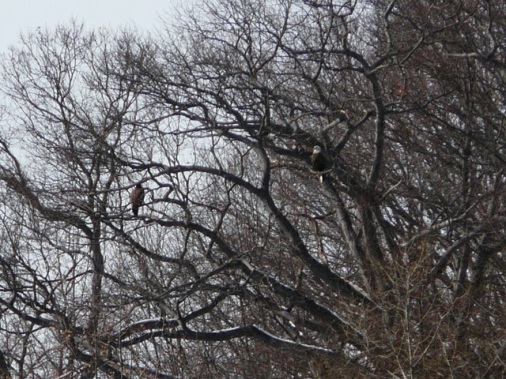 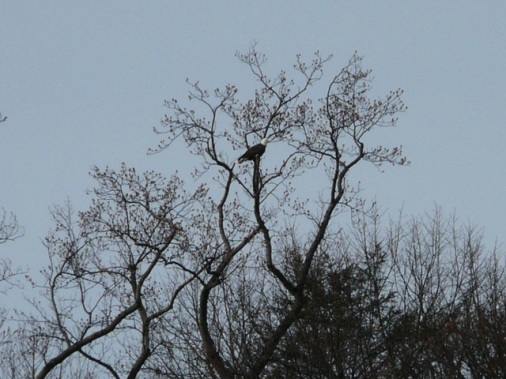 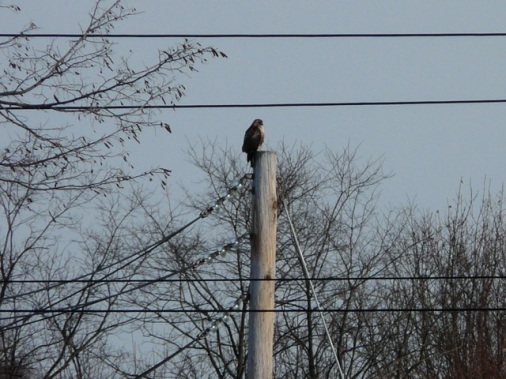 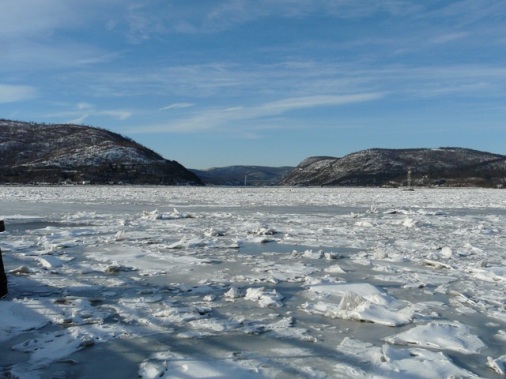