Trips can be unique experiences....before, during and after. The "after" part of the trip was on the ride home and that, by far, was one of the most unique phenomena I have witnessed. Driving west toward the Tappan Zee Bridge about 2:15 p.m., the sky look a bit ominous towards the north. Driving on the bridge and looking right, toward the north, the water was choppy with lots of whitecaps and very foggy. You couldn't see the cliffs or any part of the Upper Nyack skyline or the Hudson River. Looking south toward Piermont, the water was calm and the sky fairly bright. You could see forever. The bridge became the defining line in the weather patterns. I called Jacquie who was in a vehicle behind me to support the claim of what I was seeing. I wish I could have taken a few final pictures.

This half-day paddle started in the parking lot of the Palisades Center at 8 a.m. We had nine paddlers (Betty, Ted, Bob, John, Neal, Jacquie, Herta, Carolyn and Mike) and got to the launch underneath Rt. 95 in Westport, CT and in the water by 9:15 a.m.. The tide was low and in certain areas we could see the bottom. At one point we were passed by a man on a paddleboard; he even left a wake. It was also very calm. You could see reflections in the water even on the other side of some islands we went by....the water was so still. We rafted up by a lighthouse and went around another island with a ton of birds--egrets, sea gulls, cormorants and others I don't know. The squawking sound was decidedly decibels above a dime. It turned out that the island was part of the Stewart McKinny Wildlife Management Area. The water was cool but refreshing as Carolyn took a swim when we stopped for lunch. Several boats in the channel were the only hazards we encountered. It was a wonderful morning enjoyed by all. 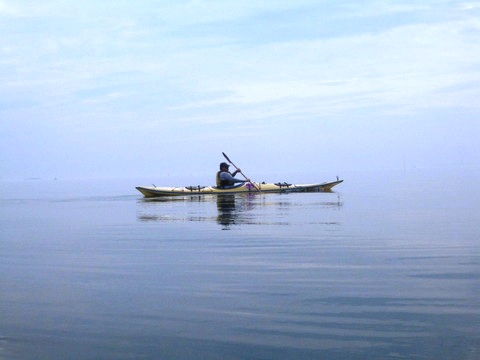 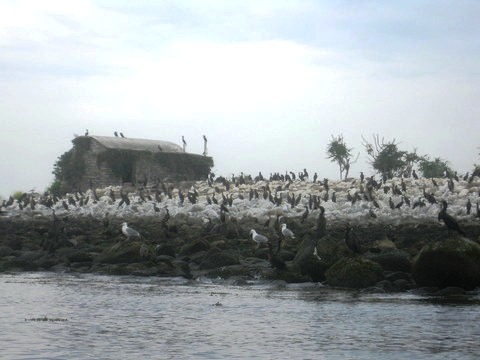 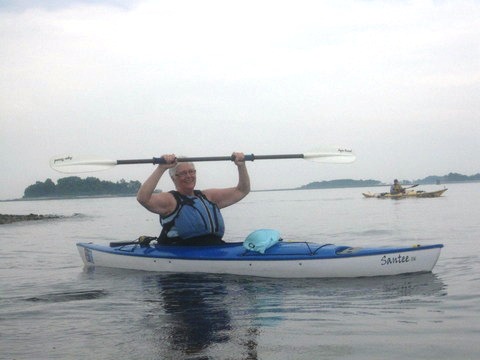 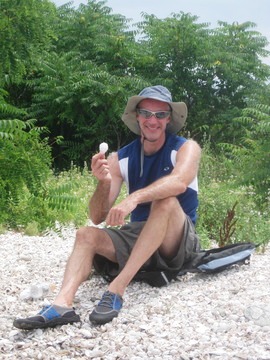 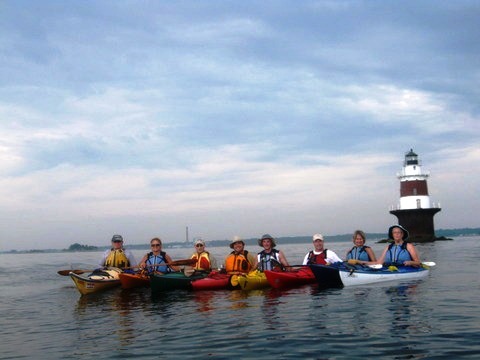