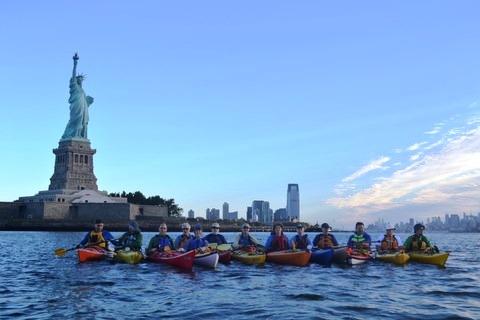 This is one trip that when the alarm goes off at 4:30 a.m., you wonder if it’s really worth the effort...meeting up with other kayakers in the wee hours of the morning. The launch was scheduled for 7 a.m. with a meet-up in the parking lot at 6:30. Originally set for 6 a.m., we got a half-hour reprieve (a bit too dark!)…and at that hour every wink helps.

Manfred, Janet, Bob, George and Christine, Igor, Tom, Henry, Dave, John, Andy, Mark, Ken and I made up the hardy group. I am emphasizing hardy because the current in the Hudson is not for the weak. It proved to be a very challenging paddle, indeed.

The car-top boat launch at Liberty State Park is a small sandy beach surrounded by a rocky pier which local fisherman use. At low tide rocks have a way of interfering with launching, but we managed nicely. The sun had risen and we all enjoyed the calm cove…this was the easiest part of the paddle.

Everyone in our group followed instructions and rafted up in front of Lady Liberty. It’s always a favorite fabulous photo op. But it doesn’t take long to drift, however. And now we found ourselves seriously fighting the current the Hudson Harbor is known for. Staying outside the white buoys was another issue to contend with…at least we were not hampered by the federal boat police! Twice we were “thrown off” by a fast moving State Parks boat…its resulting waves forcing us to head into the swells. It was slow making our way to our next destination: Ellis Island. Again, we had to stay 300 feet away from the island. So near and yet so far! The decision was made instead, to paddle up to the foot of the bridge that spans from the mainland to Ellis Island. We would not tempt fate although George “dared” me to do the deed…paddle underneath. Maybe we should think about getting an escort at this point the next time.

From the bridge we paddled along the shoreline, encountering only Canada geese and several gulls. At one point we paddled under a pedestrian causeway into a small, protected cove. With no bird activity going on we retreated and finished our journey, rounding the point of the park, passing many folks fishing, jogging and just enjoying the glory of the day.

Topping off our trip, we were treated to hot, brewed coffee and simply yummy cake provided by Manfred. Our compliments to Manfred’s wife who baked the cake! It was a delightful way to end our trip.

There are lots of compromises to be made when you plan a paddle such as this. Do you plan for an early morning paddle to avoid the massive tourist boat and other traffic that occurs mid-morning and the turbulent water that follows, or plan it so the tide and current flow in a more favorable way? Either way, the excitement of paddling the lower Hudson and around the Statue of Liberty is one of those trips everyone should have on their bucket list…even in a tourist boat. 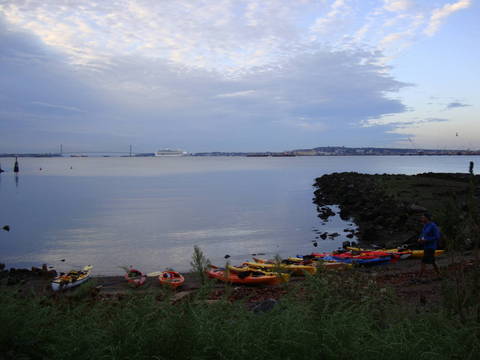 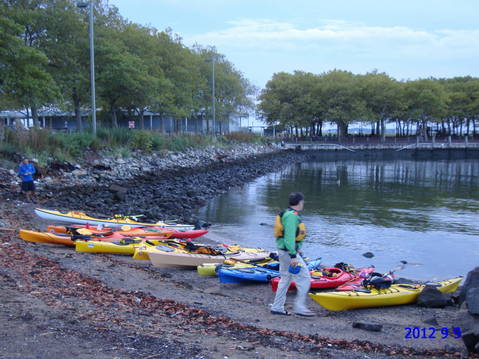 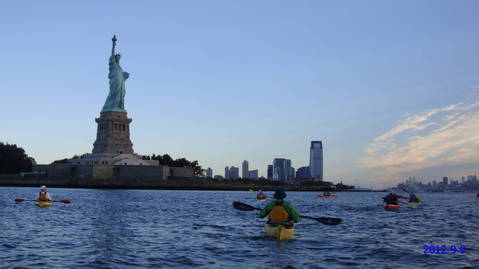 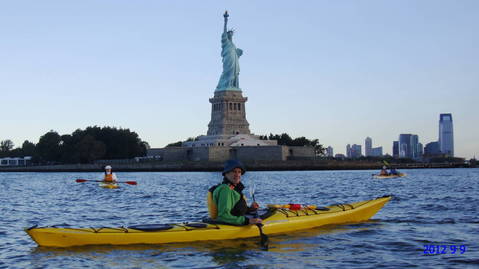 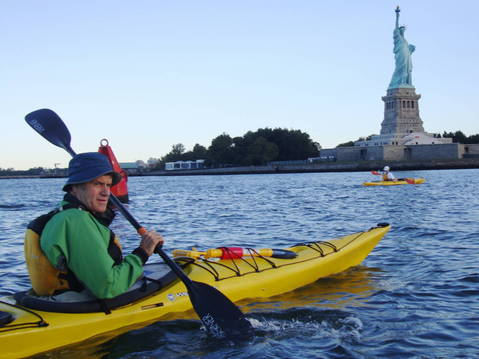 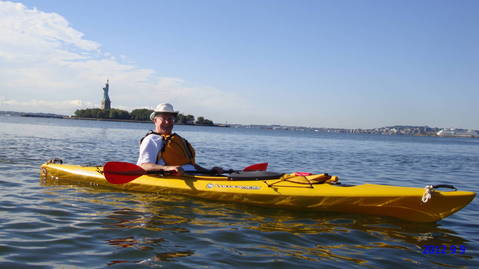 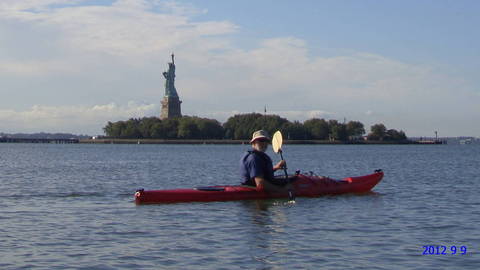 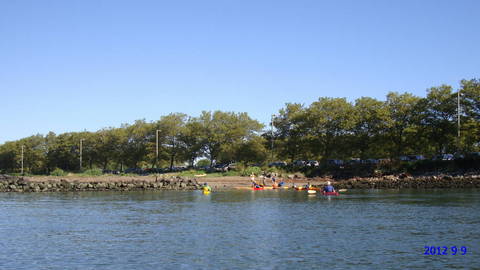 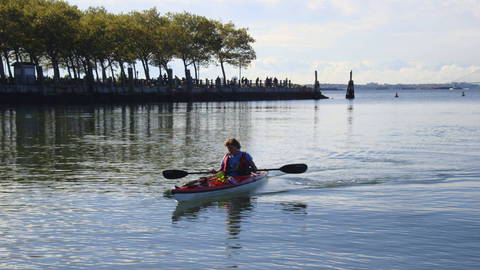 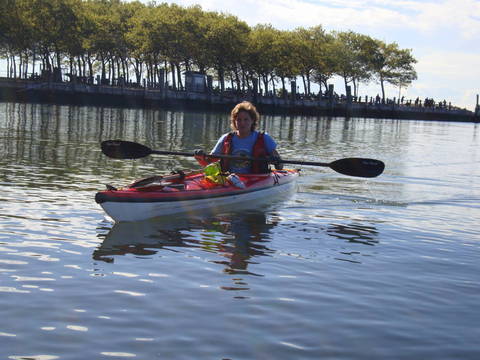