It wasn't an ideal early spring day, kind of chilly and the snow that fell earlier in the week probably melted too soon. The water level was just adequate, a bit scratchy but almost par for this hard to catch run. Regardless, a good day for a fun paddle with friends.

We decided not to start up at the Far Hills Fairgrounds because of the lower water level and the probable post-Hurricane Sandy, Irene and Lee debris still in the river (we had not been able to get there in 2012). In the wider and flatter 5-6 miles that we did however, there were no obstructions. The runnable low-head dam had nothing stuck in it so everyone had a nice time dropping over it. A quiet day; only saw a couple of red tailed hawks and wood ducks but near the take-out in North Branch, the Great Blue Heron rookery has expanded to at least 20 nests, and we saw many parents on the nests or perched on adjacent branches. 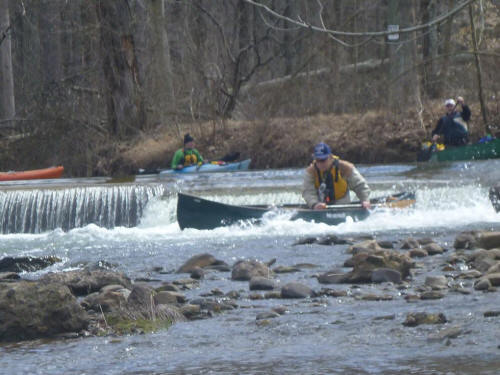 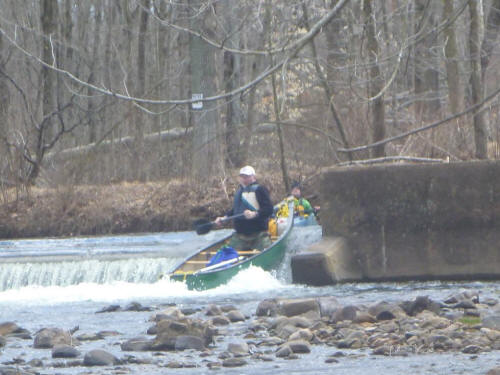 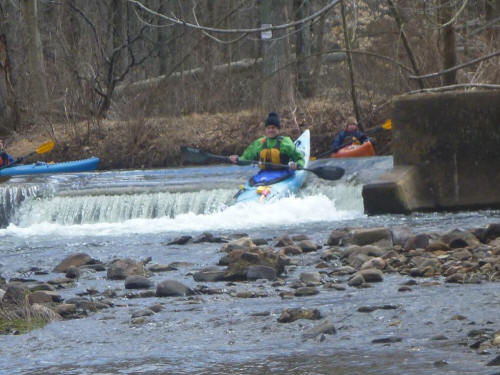 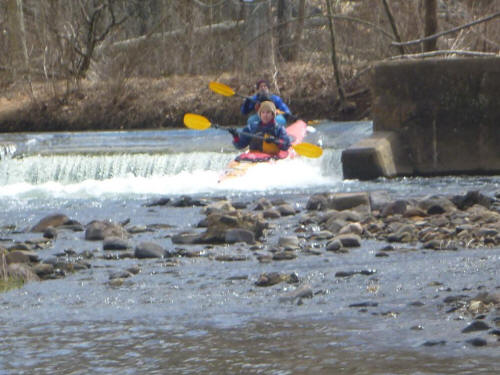 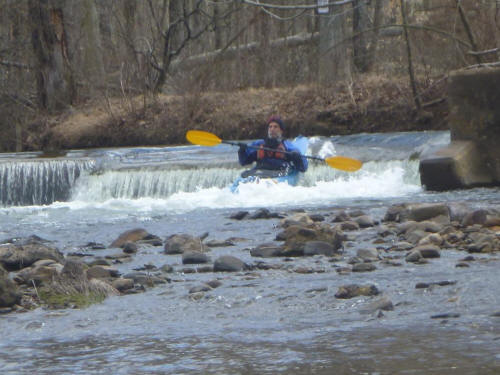 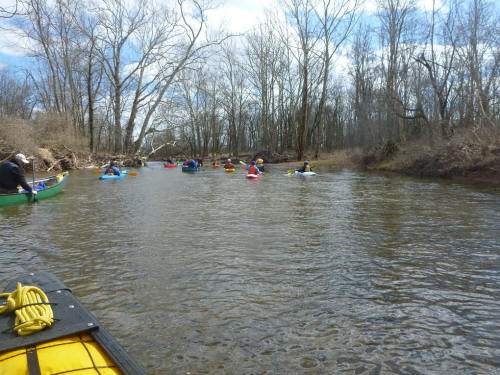